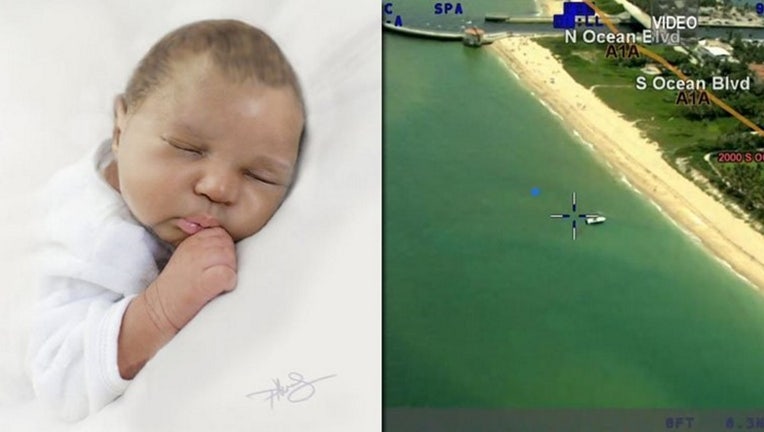 BOYNTON BEACH, Fla. - Two years after the body of an infant was found floating in the Atlantic Ocean, investigators are still working to solve the case.

The Palm Beach County Sheriff's Office is asking the public, once again, for help in identifying the baby, known as “Baby June" because her body was found on June 1, 2018.

Off-duty Boynton Beach firefighter Chris Lemieux was aboard a charter boat on the afternoon of June 1, 2018, when he saw the body and called authorities.

A medical examiner ruled the case a homicide and determined the baby was no more than 14 days old. She had a needle prick on her heel and her umbilical cord had been cut. That led detectives to believe she was born in a medical facility, the South Florida Sun-Sentinel reported.

Investigators believe the baby was in the water for up to one day.

Authorities submitted the baby's DNA into a genealogical database that has been continually searching for possible relatives. Tests lead investigators to believe her parents may have been from the Caribbean, the newspaper reported.

Over time, the Palm Beach County Sheriff’s Office examined the birth records of more than 700 babies in Broward, Palm Beach, and Martin counties during the time period Baby June had likely been born. They found no definitive leads.