PHOENIX - A little over 100 people are waking up without power in the Downtown Phoenix area, near Fourth Avenue and Roosevelt, after an early-morning transformer fire caused downed power lines.

Firefighters were able to quickly put out the fire, but it did present some danger due to wires in the area.

Smoke was also seen downtown and some residents told FOX 10 they heard an explosion.

According to APS' outage map, power in the area is expected to be restored by 3 p.m.

No injuries have been reported. 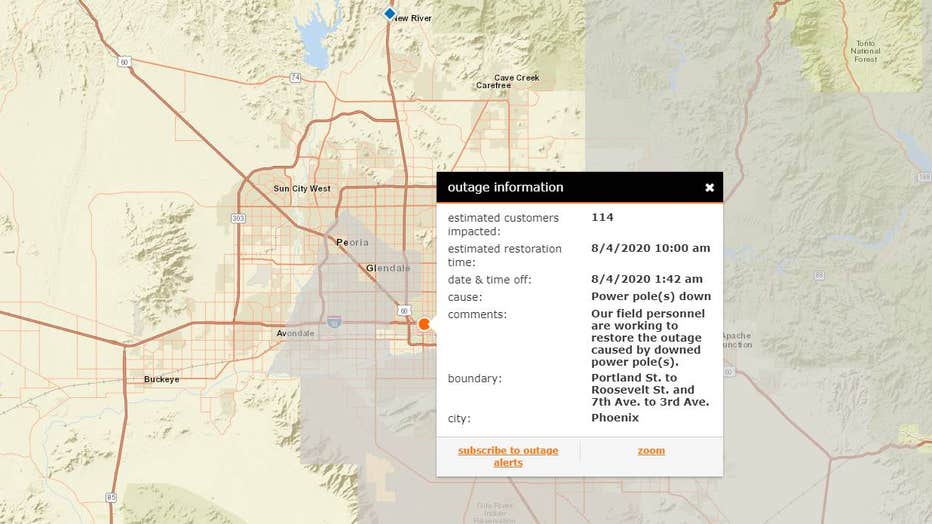