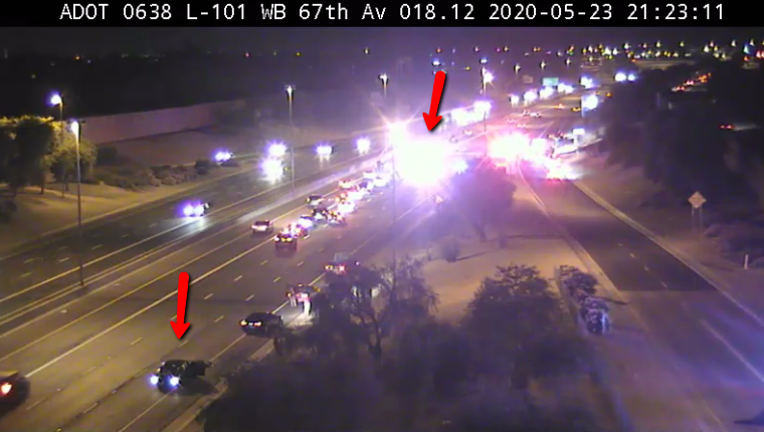 Courtesy of the Arizona Department of Transportation

GLENDALE, Ariz. - The Department of Public Safety says a non-injury crash happened on Loop 101 Saturday night near Glendale, and not far behind it, a fatal crash occurred.

A second crash happened not far from the first crash, at 67th Avenue, which resulted in at least one death.

One person has been taken into custody, and impairment appears to be a factor, officials say.

The incident continues to be investigated.