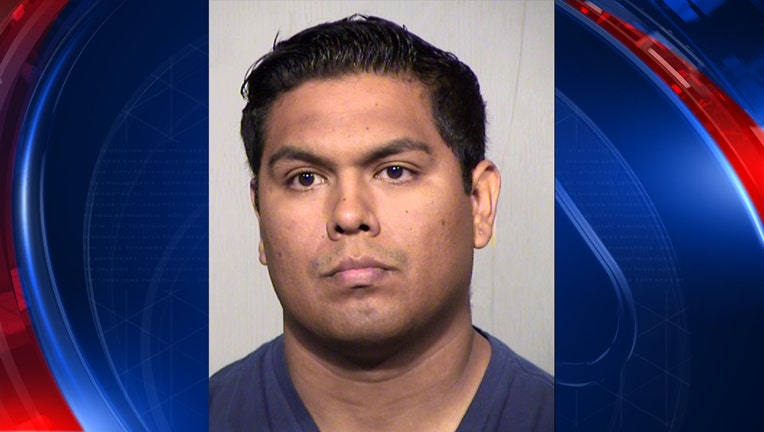 PHOENIX - Officials with the Arizona Department of Public Safety announced on Thursday that one of its troopers is facing multiple felony charges in connection with accusations of forgery, fraud, and theft.

According to a statement, 27-year-old Pedro Javier Aguila Muniz was arrested at the department headquarters on Wednesday. A criminal investigation into Aguila began in May after it was discovered that Aguila allegedly had a willful pattern to defraud off-duty law enforcement employment vendors.

DPS officials claim there were discrepancies with Aguila's recordkeeping in relation to his on-duty timesheets, and patrol car mileage usage revealed he used his assigned patrol car for personal use and to hide unauthorized fuel purchases with a state fuel credit card. Detectives also have evidence of Aguila using a state-issued credit card to buy and dispense fuel 21 times into four personal cars between January and July of 2019.

In addition, DPS officials accuse Aguila of using the Arizona Criminal Justice Information System by querying persons without having a criminal justice purpose, which is a violation of state law and policy.

Aguila, according to DPS officials, had been assigned to the Highway Patrol Division's Metro Phoenix Bureau for about two years.