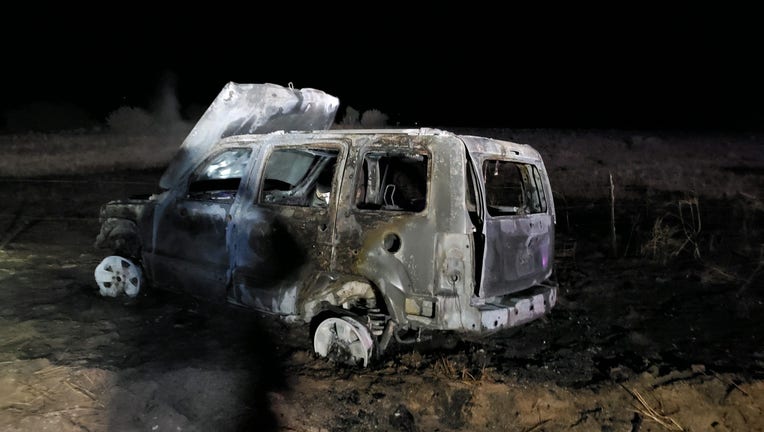 PRESCOTT, Ariz. - Authorities say they intend to charge a woman with DUI after she was pulled from a burning vehicle near Prescott.

According to the Yavapai County Sheriff's Office, deputies responded to a single-vehicle crash outside of Prescott at 7:15 p.m. on Jan. 13 and found a car on fire.

Witnesses told deputies they pulled the driver out of the burning vehicle, with a portion of her pants still on fire. As they pulled her from the burning car, the witnesses said the woman seemed to be intoxicated.

Deputies say the driver, a 63-year-old resident of Prescott, had slurred speech, had a hard time moving around, and was unable to remember what happened.

"While medical personnel treated the driver, she admitted to having 'a lot to drink earlier.'"

During their investigation, deputies determined the car drove off the road and struck a concrete delineator near a cattle guard. The cause of the fire is unknown at this time.

The woman was taken to a Prescott hospital where deputies obtained a blood sample for testing. Deputies say they intend to charge the woman with a DUI pending blood results.