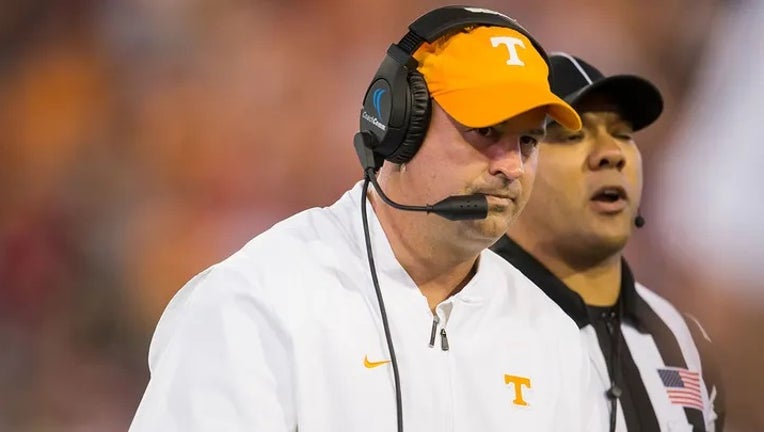 Jeremy Pruitt admitted to handing over cash to the mother of a player in a fast food restaurant bag during his tenure as the head coach of the Tennessee football team.

A document obtained by the Knoxville News Sentinel revealed a woman contacted Pruitt and asked for money.

In response, Pruitt took money out of his vehicle and placed it inside a Chick-fil-A bag and gave it to the woman outside the team facility.

The University of Tennessee received a notice of allegations in July detailing 18 Level I rules violations against the football program while Pruitt was the head coach.

Pruitt coached Tennessee from 2018 to 2020. He was fired in January 2021 after the university conducted an internal investigation. Pruitt and others were fired and found to have "repeatedly deceived" administrators and compliance staff overseeing the program.

The former coach told investigators he gave the unidentified woman the money because "it was the human thing, the right thing to do" and the money was intended "to assist with other [life] expenses," the report revealed.

The mother of the player testified to the NCAA under limited immunity last year and claimed Pruitt gave her $3,000 in January 2019 for a hip surgery. Pruitt has denied that he made that payment.

"The university respectfully submits that it is unrealistic to expect an institution to prevent, or immediately detect, the intentional and concealed misconduct that occurred in this case," Tennessee wrote in a response first obtained by Knox News.

Tennessee concluded its investigation in November 2021.

School officials announced that Tennessee declined to self-impose a bowl ban to avoid penalizing players and coaches at the time.

Pruitt was fired with cause and has refused to pay his $12.6 million buyout. Pruitt could face a show-cause penalty, which would put the prospect of him coaching again in the college ranks in doubt. 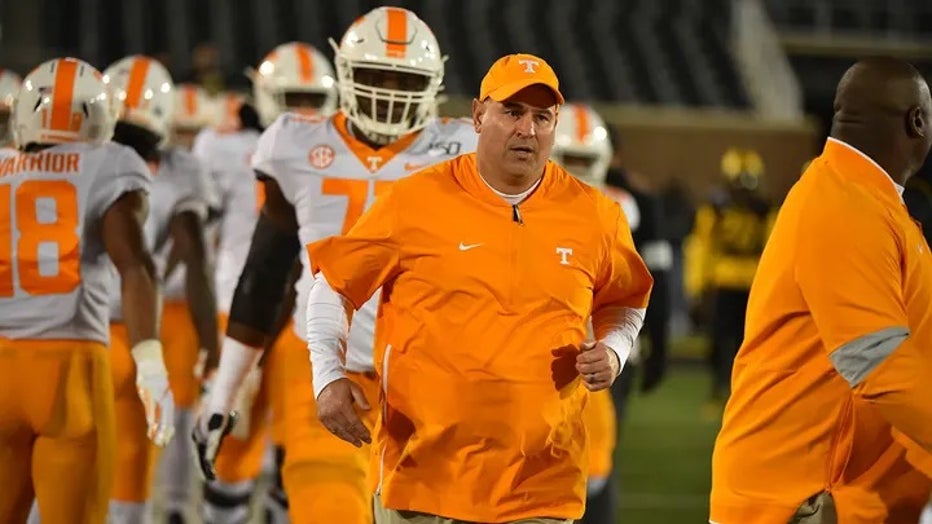 Head coach Jeremy Pruitt of the Tennessee Volunteers leads his team to the field against the Missouri Tigers at Memorial Stadium Nov. 23, 2019, in Columbia, Mo. (Ed Zurga/Getty Images)

He finished with a 16-19 record in three seasons as Tennessee's coach.

Last season, Pruitt served as a defensive assistant with the New York Giants on Joe Judge's staff. Judge was fired in January 2022 after two seasons in New York, and Pruitt was not retained by the Giants.

The No. 9 Volunteers (9-2) can clinch their first 10-win record in the regular season since 2001 if they defeat Vanderbilt on Saturday.