Family looking for answers to who killed their 19-year-old son, brother, ASU student

A family is left heartbroken after Carlos Garcia Jr., 19, was shot and killed at a Laveen gas station July 2nd. He was student at ASU and hoped to join the Air Force after graduation.

PHOENIX - The family of a slain Arizona State University student is waiting for an arrest and are confident one will come.

His family said he loved it when they were all together. Garcia used to ask all the time, “What’s going to happen today," because he always wanted to make plans for them to be together.

Garcia decided to hold off on joining the Air Force to get a computer science engineering degree at ASU. His mother Christina Castro and sister Adriana Castro say he was just 2 years away from that ASU degree. 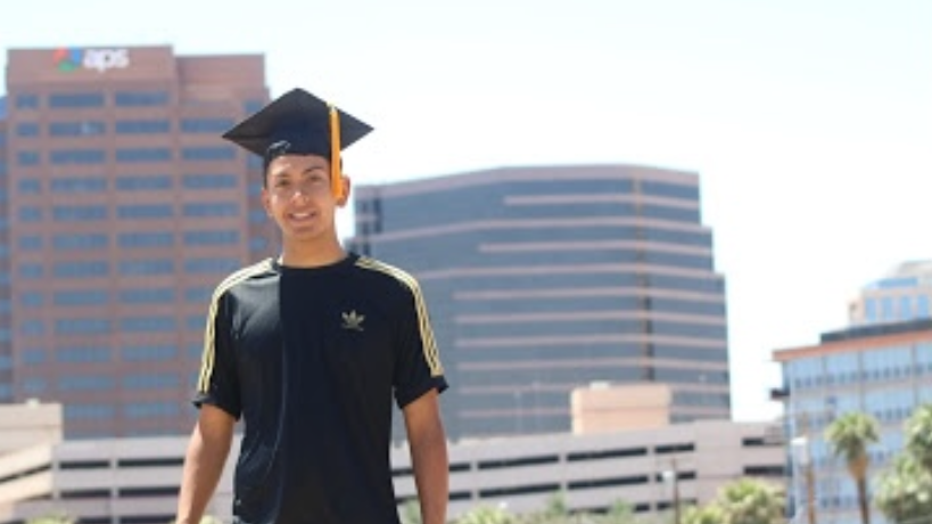 He's described as "very quiet, shy, timid, like his father," but had a funny side to him.

"I’ll never be able to see him again graduate with his friends. All the things parents hope to see with their children, it was just taken from us," his mother said.

On July 2nd, he left his job and went to a gas station on 19th and Southern avenues and stood in line.

"He would drink Monsters to stay up to do homework and he had homework he had to do so I think that’s why he was at that particular gas station," his mother explained.

Shots were fired and Garcia was hit and killed.

The big brother, the son, the hard worker, was gone.

Phoenix Police says they’re working to identify a suspect, and his mother has faith they’ll find the suspect but is hoping someone out there can help detectives.

"Losing a child, I would say is like the worst thing you can possibly lose and I just hope I can get help from the community, sharing his story, let them know what kind of person he was just hoping for some answers," his mother said.

Anyone with information about this crime is asked to call Silent Witness at 480-WITNESS.

Donations for Garcia's memorial fund can be sent here.