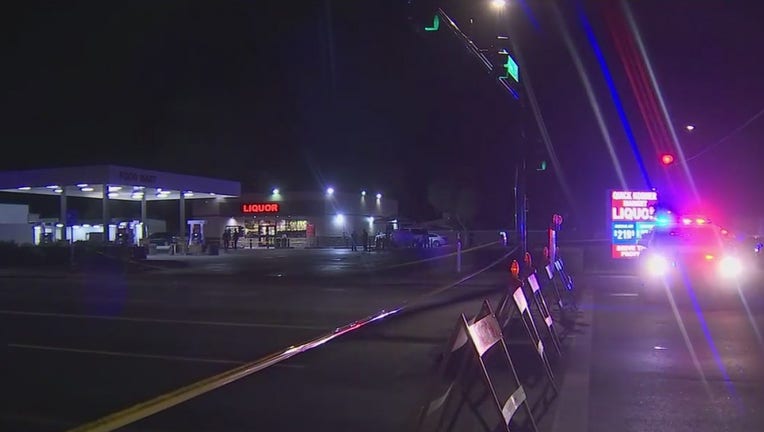 PHOENIX - Phoenix Police officials say an investigation is underway after a man was found dead outside a gas station in South Phoenix.

The incident, according to a statement released by Sgt. Margaret Cox with Phoenix Police, happened near 19th Avenue and Southern. Officers responded at around 11:46 p.m. to the area for reports of a shooting, and found the man when they arrived at the scene.

The victim, according to police, was pronounced dead by fire personnel who responded to the scene. Police are trying to identify a suspect and motive.