Explosions were seen and heard in parts of Kyiv as tensions amplify in the early hours of Saturday morning.

FedEx and UPS have both suspended shipments to Russia "until further notice" amid the country’s military assault on Ukraine, a conflict that entered its fifth day on Monday.

The U.S.-based shipping companies had previously suspended all shipping services to and from Ukraine. Later updates shared online noted how both have temporarily stopped delivering all shipments bound for Russia, as well.

UPS noted in a service alert that packages already en route to Russia or Ukraine will be returned free of charge to the sender if possible.

"Our focus is on the safety of our people, providing continued service and minimizing disruption to our customers," the Atlanta-based company said in a notice. "UPS continues to closely monitor the situation and will re-establish service as soon as it is practical and safe to do so."

FedEx said it was also "closely monitoring the situation and have contingency plans in place, including temporarily suspending inbound and outbound services to Ukraine and inbound service to Russia until further notice." 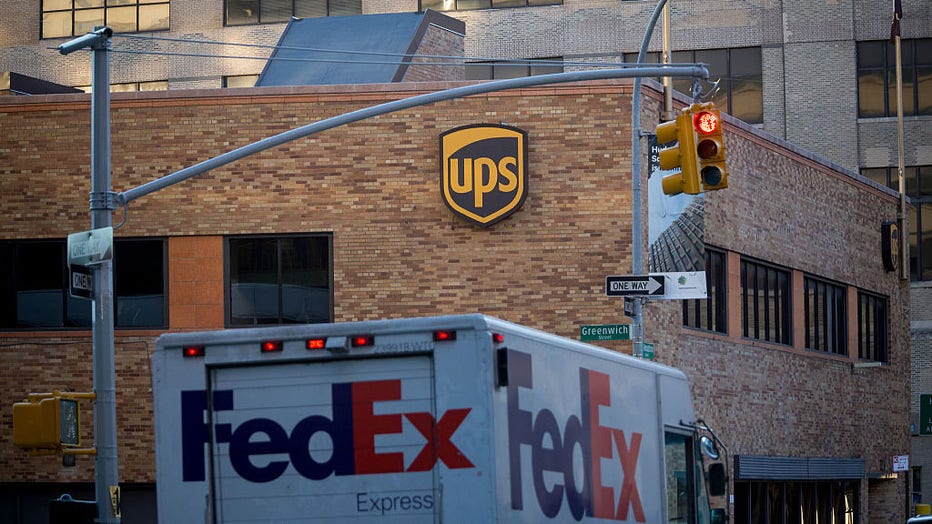 Meanwhile, Western sanctions over the invasion of Ukraine sent the Russian currency plummeting, leading uneasy people to line up at banks and ATMs in a country that has seen more than one currency disaster in the post-Soviet era.

The ruble plunged about 30% against the U.S. dollar Monday after Western nations announced moves to block some Russian banks from the SWIFT international payment system and to restrict Russia's use of its massive foreign currency reserves. The exchange rate later recovered ground after swift action by Russia's central bank.

But later Monday, the U.S. Treasury Department announced new sanctions that would immobilize any assets of the Russian central bank in the United States or held by Americans. The Biden administration estimated that the move could impact "hundreds of billions of dollars" of Russian funding.

A sharp devaluation of the ruble would mean a drop in the standard of living for the average Russian, economists and analysts said. Russians are still reliant on a multitude of imported goods and the prices for those items are likely to skyrocket. Foreign travel would become more expensive as their rubles buy less currency abroad. And the deeper economic turmoil will come in the coming weeks if price shocks and supply-chain issues cause Russian factories to shut down due to lower demand.

In key Ukrainian cities, troops had slowed Russia's advance on Monday for the timing being, while a Ukrainian delegation arrived at the border with Belarus for talks with Russian officials — though prospects looked uncertain at best.

The U.N. refugee agency said Sunday that about 368,000 people have fled Ukraine, many into bordering nations like Romania, Poland, Hungary, Moldova, and Slovakia.