During a fight that took place in Game 3 of the 2nd Round playoff series between the Suns and the Nuggets, Arizona native Nick McKellar said the words 'Suns in 4,' and now that the Suns have defeated the Nuggets, the phrase is gaining traction.

PHOENIX - Every now and then, something happens with a sports team that might not be on the field or the court.

To name a few, there is the Cubs had the Curse of the Billy Goat, as well as The Jets and Fireman Ed.

Now, the Phoenix Suns might just have a viral star who embodied the fighting spirit of the team, and created a rallying cry for the playoffs. 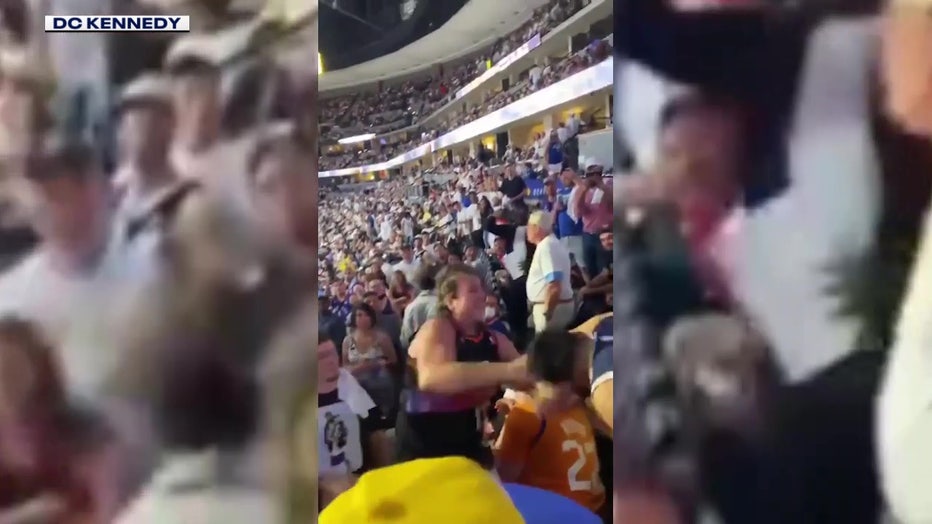 "Suns in 4!" might sound like a simple phrase, but that phrase has now lit up the Phoenix Suns fan base. Those words were uttered in a video with Nick McKellar.

McKellar, an Arizona native who now lives in Colorado, was trying to enjoy the Suns beat down of the Denver Nuggets in Game 3 last week. However, he said some Denver fans didn’t like it.

"There are other videos floating around showing them pulling on my jersey and pouring a beer on me. From there, instincts kick in," said McKellar.

A stadium scrap happened next, with a sucker punch, self-defense and then the now-famous words.

"As a person, I’m not a fighter. I’d rather give you a hug and a high five, and go on our way. All acting out of self defense. I’d never promote or condone physical violence," said McKellar.

No charges were pressed as a result of the incident, and no one was banned from the arena.

McKellar’s life is a little crazy now, with a t-shirt partnership with Barstool Sports and a shoutout from Devin Booker.

Local clothing company State Forty Eight has been talking to him as well, as they have their own design out now for pre-order.

"We have our own design out there, and we’ve been talking to Nick [McKellar]. Seems like a great guy and we’re trying to have fun with it. It’s a legendary time and something to remember for the playoffs," said Mike Spangenberg with State Forty Eight. 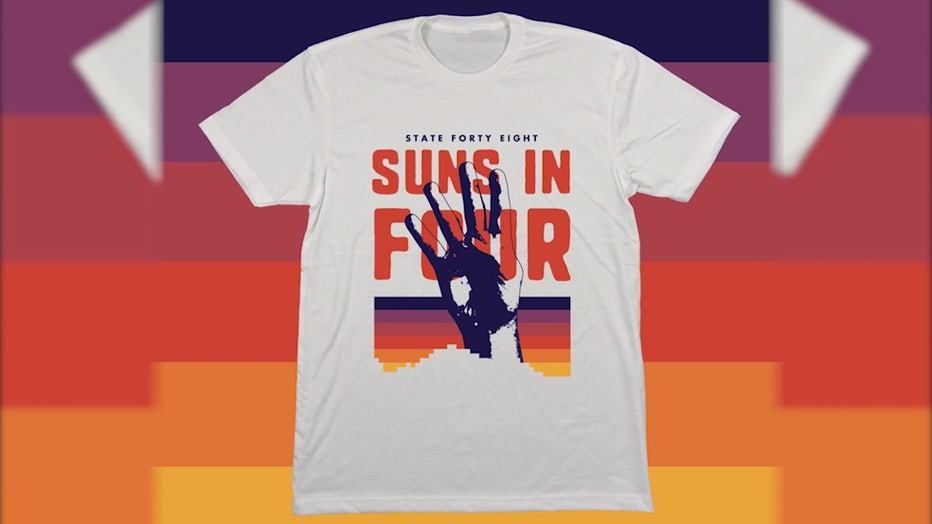 McKellar will get a cut of the t-shirt money, and he said he wants to donate some of it to youth charity groups.

Meanwhile, McKellar might not have to worry about beer the next time he visits the Valley.

"It’s pretty crazy. People are Venmoing me. If I go to the bars, I’ll be hanging out with a lot of locals, which I’m super excited about," said McKellar.

McKellar is hoping to get to the Western Conference Finals here in Phoenix.