PHOENIX - Firefighters say several dogs were not injured after a first-alarm fire broke at an animal boarding house in Phoenix.

According to the Phoenix Fire Department, firefighters responded to Homestead Boarding Kennels near State Route 51 and Bell Road just before 1 a.m.

Firefighters were able to open several kennels, allowing dogs to escape on their own while crews battled the fire.

The owner of the kennel told firefighters that she had 10 to 15 dogs inside the building. All of the dogs have been placed into other structures on the property.

Firefighters put out the flames quickly and prevented the fire from spreading to any other structures.

No one was injured and it's unknown at this time what started the fire. 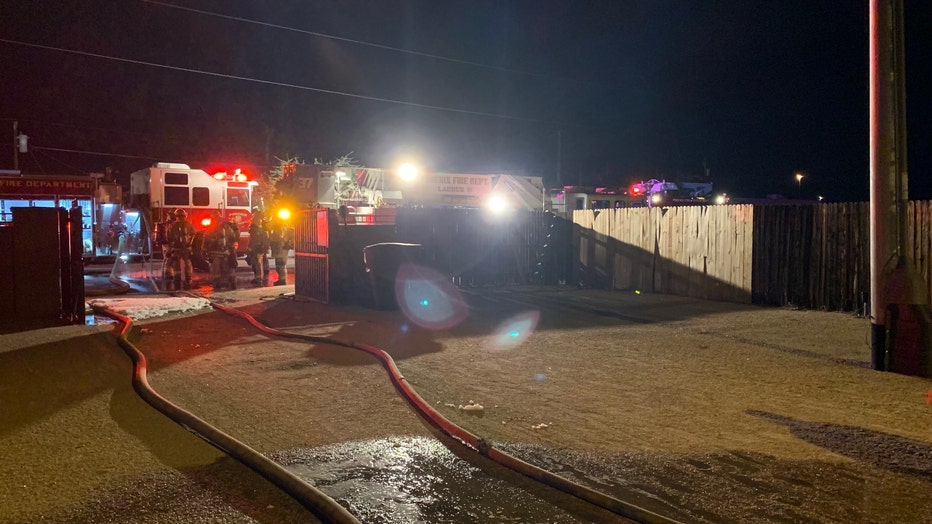