Man sentenced to a year behind bars for killing dog

A man convicted in the deadly beating of his dog asked a judge for mercy on Wednesday. Instead, Travis Archer must serve one year in jail followed by three years of probation.

PONCE INLET, Fla. - A Florida man was sentenced to one year in prison in the case of a 9-month-old puppy beaten to death in 2016.

A Daytona Beach judge also gave Travis Archer, of Ponce Inlet, three years of probation and ordered he pay fines, court costs, and he’s not allowed to have a pet.

On April 8, 2016, police said Archer hit his puppy, Ponce, threw him against a wall because he was upset he tore up his home while he was at work. The dog died, and Archer was arrested.  In court Wednesday, Archer apologized to the judge during his sentencing hearing.

“I want you to know, your honor, that I did love my dog,” he said on the stand.

“His suffering continues. It impacts our children. It impacts him, our whole family,” she said.

She told the judge she didn’t agree with his actions but asked her for leniency. 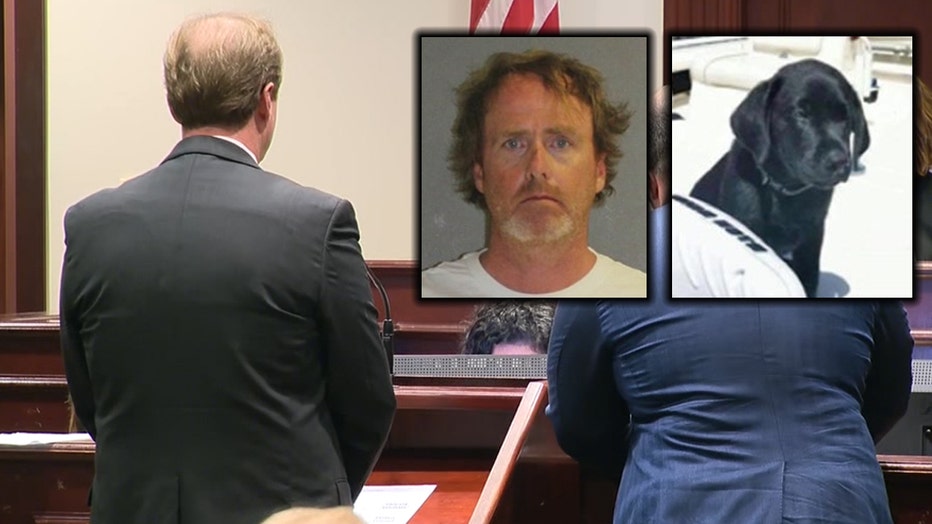 “I don’t know what the punishment will be today, but I can tell you it won’t be worse than the one he’s given to himself,” she said.

This case, which sparked outrage, led to Ponce’s Law. It toughened penalties for animal abuse.

“We’re very happy about the sentence,” she animal activist Debbie Darino, who pushed for the legislation, which kicked in on October 2018.

State Attorney R. J. Larizza was also present for the sentencing and told FOX 35 News he was pleased with the outcome.

“At the end of the day, it’s about life, quality and sanctity of life, and hopefully some folks learned about that today.

The judge withheld his adjudication of guilt, meaning once he completes his sentence the crime won’t appear on his record.