GILBERT, Ariz. - A former Higley High School teacher is accused of having an inappropriate relationship with a 14-year-old student - and Gilbert police say this may not be his only underaged victim.

Aaron Dunton, 35, was arrested on June 16 after a months-long investigation over his alleged relationship with a 14-year-old.

Dunton had resigned from the school and an email had been sent out to parents after the initial allegations came to light in April. He had taught at Higley since July 2021.

During the investigation, police say another victim came forward and accused the 35-year-old of "incidents" that happened when he was a teacher at Power Ranch Elementary in 2019. 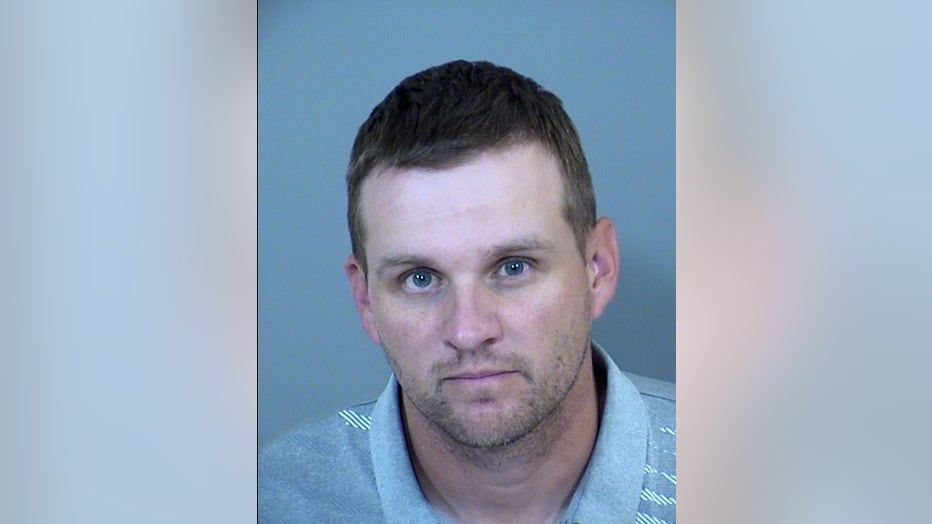 The victim was 11 at the time, and Dunton was their teacher. No other details were released about the allegations.

He now faces numerous charges, including four counts of aggravated assault, one count of witness tampering, and two counts of contributing to delinquency and dependency.

Gilbert Police is looking for any more potential victims or witnesses. Anyone with information is asked to contact the city's police department at 480-503-6500.

Gilbert police say they have arrested a former Higley High School teacher for having an inappropriate relationship with a 14-year-old student.