Karen Dalessandro moved to Arizona to start a new life and career. Now, the former, longtime Milwaukee radio host has found herself rooting for the Bucks in Suns territory.

She moved to Arizona to start a new life and career. Now, a former, longtime Milwaukee radio host has found herself rooting for the Bucks in Suns territory.

She's on-air in Arizona and not afraid to cheer on the Bucks.

"It was not an easy decision for me because I spent 23 years in Milwaukee. I love Milwaukee, all my friends are there and I really took some time to think about it," she said. 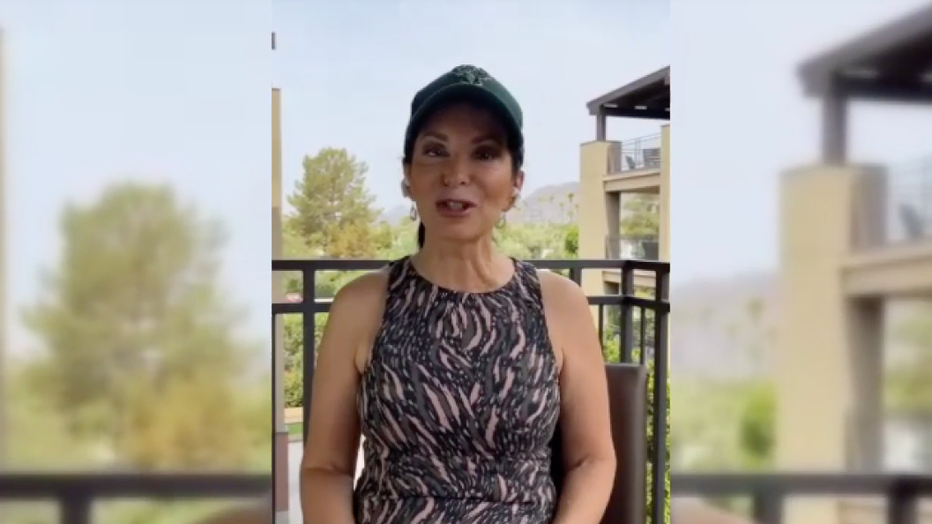 In March, the familiar voice decided to leave Wisconsin to start a new chapter at a classic rock station in Arizona.

"I had the opportunity to work on a radio station down here, great position, great company," Dalessandro said. "My first month and a half was taking calls from listeners who heard me in Milwaukee that are here from Germantown, Burlington, Oak Creek."

She said farewell but did not part ways with the team she loves.

"Sometimes I get some awkward looks when people see my Bucks hat. But it’s all I have because everything I own is packed pretty much," she said.

The Bucks now battling the Suns in her new home city. Dalessandro has not been afraid to express her support for the Bucks.

"For the locals, they’re not liking it too much. I’m getting a lot of ribbing. Especially after the first couple of games, it was like ‘Suns in four, Suns in four,’" she said.

Support from nearly 2,000 miles away.

"I think they can do it. On the road, I know it’s a little tougher, I know the Phoenix Suns arena is loud and crazy. I think they need to mute that and stay in the zone," she said.

Dalessandro says there is a bar across the street from where she lives in Scottsdale where she roots for the Bucks.