WASHINGTON - Former Senator John W. Warner of Virginia was remembered by friends, family and leaders Wednesday at a funeral service at Washington National Cathedral in D.C.

The influential Republican, who had an independent streak that sometimes angered conservative GOP leaders, died last month at his home in Alexandria, Virginia from heart failure. He was 94. 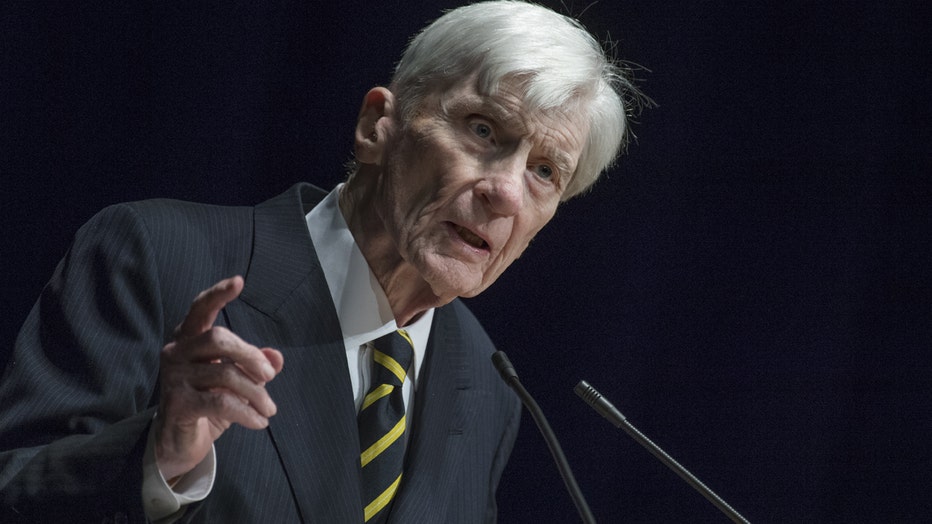 Former Sen. John Warner, R-Va., who was also Secretary of the Navy, speaks during a ceremony where he and Sen. John McCain, R-Ariz., addressed the Brigade of Midshipmen at the Naval Academy in Annapolis, Md., on October 30, 2017. (Photo By Tom Willia

FORMER US SENATOR JOHN WARNER OF VIRGINIA DIES AT 94

Warner served as Navy secretary and was one of the Senate’s most influential military experts. He was a veteran of World War II and Korea and also served for a time as chairman of the Senate Armed Services Committee.

Warner was born in Washington, D.C., on Feb. 18, 1927. He had three children, Mary, Virginia and John, and was a member of the Episcopal Church.