Erik Smith, FOX 29's Director of News Operations, suffered significant burns all over his body after his propane grill malfunctioned. He's sharing his story to warn others, and to commend the heroic actions taken by his family.

PHILADELPHIA - A member of our FOX 29 family is lucky to be alive after an incident at his home over the Fourth of July weekend left him with significant burns all over his body.

Erik Smith, FOX 29's Director of New Operations, appeared on Good Day Philadelphia Friday morning to warn others about what happened to him as he manned the grill back on July 5.

Good fortune, gratitude, and appreciation best describe what Erik is feeling these days – for good reason.

Erik suffered second-degree burns after his propane grill malfunctioned in a matter of seconds the married father of two says he won't soon forget.

The Smith family was enjoying a nice holiday weekend outside when Erik says he was getting ready to make dinner on the grill.

Erik says he was lighting the grill to preheat it and the grill lit normally. When he came back later, he noticed the temperature only read about 200 degrees.

"I opened the lid, and it was lit, but barely. There was barely a flame," Erik recalled.

Having filled the tank just days before, he says he knew he wasn't running out of propane, so he made sure he opened the valve on the propane all the way.

"When I put my hand on the handle it was beyond ice-cold," Erik explained. "It immediately went through my mind that there was some sort of leak."

"Before I could even react, when I put my hand on the handle, I just heard a rush of propane come at me, and then in milliseconds, nothing but a wall of flames," Erik said.

After that, Erik says he doesn't remember much until he was in his daughter Bria's car on the way to the hospital. 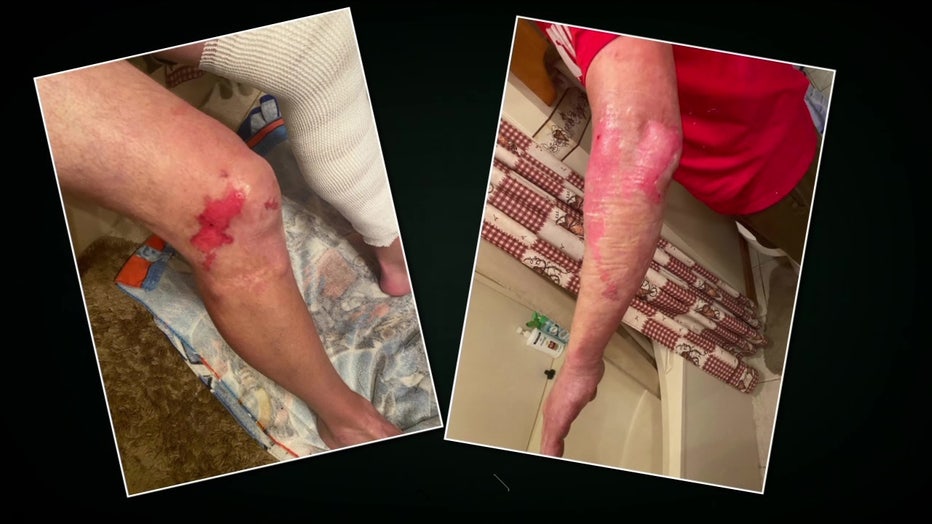 Erik suffered significant burns on his left arm and both legs.

He suffered burns on the parts of his body that weren't covered by his clothing, like his lower legs, arms, and face.

"So my face was burnt, first-degree only thankfully. My left arm and both my legs from below my knees down, they were second-degree," Erik explained.

While at Lehigh Valley Hospital, he says doctors had some concern that some of his burns could be third-degree, but they later told him they would heal on their own.

As for getting to the hospital, Erik is thankful for his family's quick actions. His son, Brendan, heard him calling out for his wife, Jenn, and he went running downstairs. 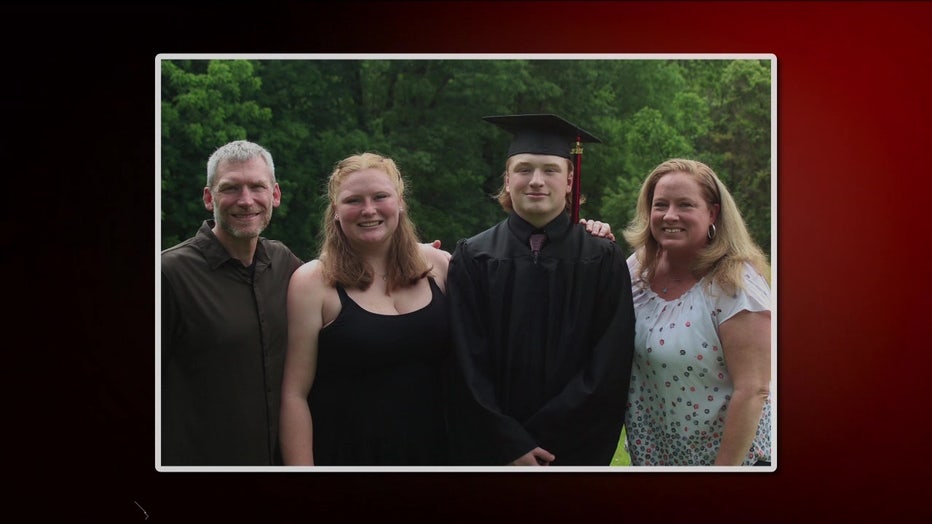 His daughter's boyfriend, Colin was outside, but only heard what happened. The family was able to work together to get Erik into the car and to the hospital instead of waiting for an ambulance.

Erik is thankful for his family, and their actions during and after the accident. He says his wife put her own recovery from a recent surgery on hold to care for him, and his son helped change his bandages in the hospital.

"I have so much to be thankful for with my family, I can't fully show them how much I appreciate them," Erik said.

After weeks of wondering, and placing phone calls to some local propane companies, the Smith family still isn't sure what exactly went wrong.