PHOENIX - Officials with the Arizona Humane Society say they have found a fur-ever home for a very special pair.

"You see this big, huge dog and this tiny little girl, but they get along just so well," said Kelsey Dickerson with the Arizona Humane Society.

Dickerson says the duo, who were surrendered by an owner who couldn't care for them anymore, are best of friends, despite their obvious difference in stature. In fact, Bella's favorite place to relax is on top of Neeno.

"They were a little worse for the wear when they arrived. Neeno had some injuries to his tail, which lead to an amputation in our Second Chance Animal Trauma Hospital. He also had some allergies that weren't being treated as well. Bella, she needed a Cherry Eye operation," said Dickerson. "We realized we were not only brother and sister, but they are absolutely bonded. They love each other so much, so we just cannot separate them."

On Monday, officials with the Arizona Humane Society say the Garcia family of Phoenix saw FOX 10's news story on Bella and Neeno, and adopted them before the facility closed for the night. 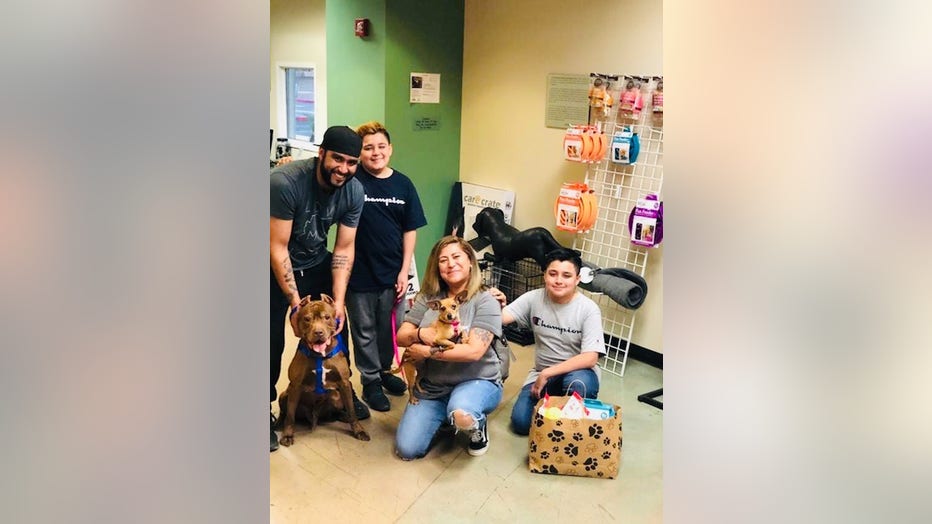