After daughter’s tragic death from Fentanyl, Gilbert mother speaks out

Shelly Goff says her daughter, Hana, was never a user, but she and a friend bought a pill off Snapchat and thought it was Percocet. FOX 10's Irene Snyder reports.

PHOENIX - A Gilbert family is speaking out, after their 20-year-old daughter died from accidentally consuming Fentanyl.

The mother, Shelly Goff, says that her daughter and a friend bought the pills off of Snapchat, believing them to be Percocet.

"Some days, I still wake up and wonder if this is really my life, if this really happened," said Goff.

Goff says that her daughter, Hana, was home because of the ongoing COVID-19 pandemic, and had only been home for a couple of months. She says she’d never been a user, and it was just one pill that took her life.

The night that Hana died began like any other normal night. That night, Goff kissed Hana goodnight, for what turned out to be the last time.

"Told her I loved her, and things were just very normal," said Goff.

The next day, however, Hana did not wake up. Goff went to check on her, and she quickly realized that something was very wrong.

"She was so still and silent, and as I saw her face illuminated, you could see every single vein in her face," Goff recounted. "I just remember saying 'no, no, no.' I am pretty sure I started screaming."

Hana’s killer had come quietly in the night, in the form of a small pill cut into fourths, which turned out to be Fentanyl.

"It doesn’t take that much to kill a normal human being," said Goff's boyfriend Jerry Goodman.

This issue is one that hits close to home for Arizona State Senator Christine Marsh, whose own son died after accidentally consuming Fentanyl from a product that was also labeled Percocet. That is why she introduced a bill that would legalize strips to detect Fentanyl in pills. 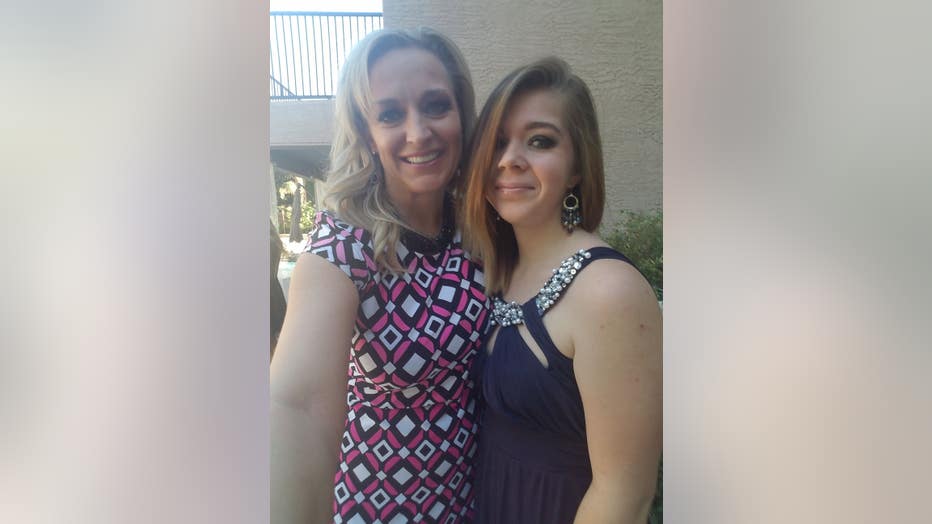 As for Goff, she wants to issue a warning for other parents, and for kids to be on the lookout for the silent killer that is often masked just behind a phone screen.

"To the ones struggling, I would really want them to know the people out there who would sell and do these things are not friends," said Goff, who went on to say she would also like more to be done to investigate and prosecute those who are selling these drugs.