Glendale house fire claims the life of an unidentified person

An unidentified person died in a house fire early Sunday morning in Glendale. A person walking their dog saw flames in the backyard and immediately called 911.

Around 5 a.m., someone walking their dog called 911 after seeing a fire in a home's backyard near Mountain View Road and 57th Avenue.

When fire crews arrived on scene, there was a large amount of fire coming from inside the home, with possible sounds of ammunition going off, the fire department said.

Because the home had bars on all of the doors and windows, it made it difficult for crews to enter the home. Once they made entry, they noticed a partial roof collapse. 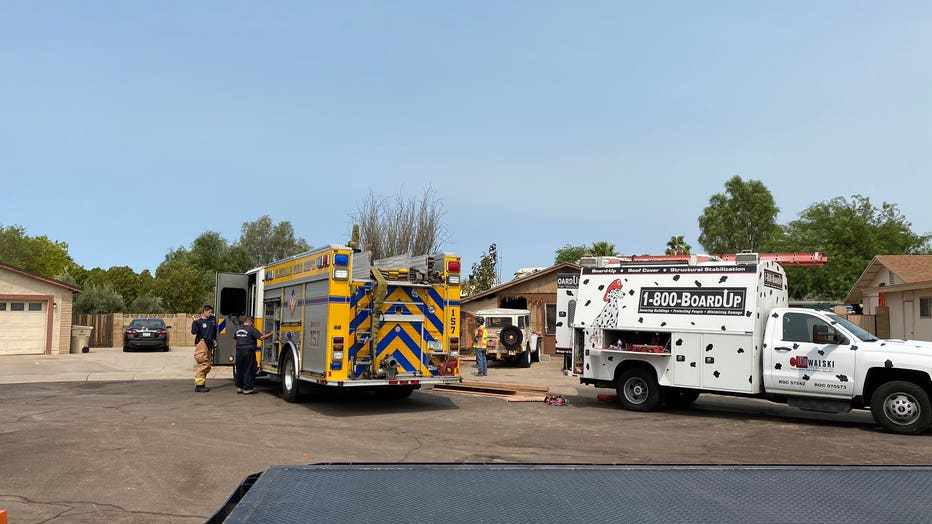 When searching the home, one person was found dead. They haven't been identified.

Investigators continue to search for the cause of the fire.

Neighbors watched as the fire grew and as crews worked to get control of it.

“It was a huge flame going all the way up and we waited and waited there and as we were watching the fire it just kept getting bigger and bigger and some explosions it was really scary," neighbor Ash Ismael.