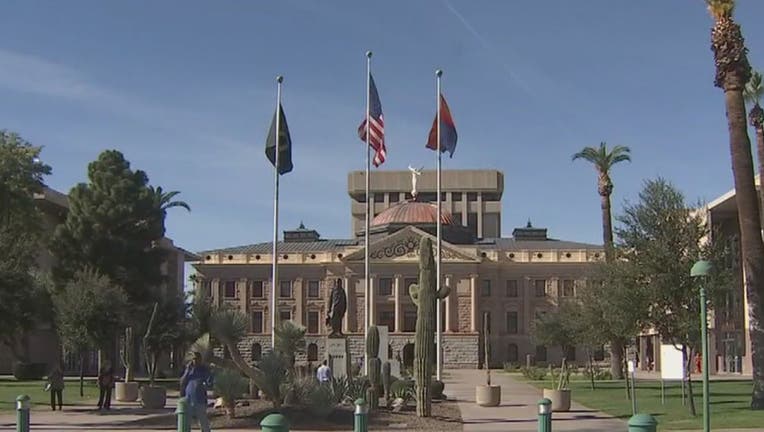 PHOENIX - Republicans in the Arizona Legislature advanced a pair of bills on Feb. 18 backed by anti-abortion groups — one that would make the procedure illegal if the mother sought it because of a fetal disability and a second that would send $3 million to a program designed to persuade young women not to seek an abortion.

The moves come as a more-conservative GOP-controlled Legislature embraces anti-abortion legislation that may stand a better chance of being upheld in the courts because of changes in the makeup of the U.S. Supreme Court.

Other GOP-controlled states are also pushing restrictions on abortion this year, including South Carolina, where a lawsuit has already been filed challenging a law the governor signed Thursday that would ban most abortions and Idaho, where lawmakers are also considering a so-called "heartbeat bill."

Those bills make abortions illegal once a fetal heartbeat can be detected, which can be as early as six weeks, before many women know they are pregnant.

In Arizona, the Senate Appropriations Committee spent less than 30 minutes hearing testimony on a proposal from Republican Sen. Wendy Rogers, SB1381, that would ban abortions because of a disability, make it a felony for a doctor to perform an abortion for that reason and allow a father or maternal grandparents to sue on behalf of the fetus.

Abortion-rights advocates testified against the proposal, calling it an unconstitutional intrusion into a woman's right to have an abortion before a fetus is viable. And a physician testified that it would chill the First Amendment rights of doctors to honestly provide medical advice to their patients.

"No physician should have to practice under the specter of the risk of going to jail for doing our jobs. We need to be able to talk to our patients freely, give them all their options in an appropriate level of standard of care."

— Dr. Julie Kwatra, a Scottsdale OB-GYN and legislative director for the Arizona section of the American College of Obstetricians and Gynecologists

Democrats strongly oppose the measure and accused Republicans of using the disability community as pawns to achieve their long-sought goal of banning abortion outright.

Meanwhile, the House gave preliminary approval to a long-sought plan to fund a service designed to persuade women not to seek an abortion that was narrowly rejected in 2019 and did not advance in the pandemic-shortened 2020 session. Minority Democrats objected.

The proposal from GOP Rep. Michelle Udall, HB2404, would provide $3 million over two years for programs seeking to identify women considering abortion and help change their minds by providing support and other services.

It sets up a "family health pilot program" to support childbirth as an alternative to abortion and helps mothers get needed support. A similar program is run in Texas by a group called Human Coalition and is thought to be the model for the Arizona proposal.

It awaits a final vote in the House.

Last week, the same Senate panel approved a measure that would make it a felony in Arizona for a doctor to perform an abortion because the fetus has a genetic abnormality such as Down Syndrome.

Republican Sen. Nancy Barto of Phoenix said her proposal, SB1457, protects the most vulnerable and restores dignity to aborted fetuses by requiring that they be buried or cremated. It also repeals an old law allowing women to be charged for seeking an abortion, which Barto said was needed in case the U.S. Supreme Court overturns Roe vs. Wade, the 1973 decision that found women have a constitutional right to seek an abortion.

Barto's measure is sweeping, subjecting doctors who perform abortions because the mother decides she does not want to carry a child with a genetic abnormality to between two and nearly nine years in prison. There are exceptions for medical emergencies.

The proposal also confers all civil rights to fetuses, allows the father of an aborted child to sue, and bans the spending of any state money with organizations that provide abortion care, while banning state universities from providing abortion care.

Another provision bans abortion-inducing medication from being delivered by mail.

Early in this year's Legislative session, GOP Rep. Walt Blackman introduced legislation that would require prosecutors to charge women who decide to get abortions and the doctors who perform the procedures with homicide.

The legislation appears to be stalled after the leader of the state's biggest anti-aboriton group called it overly harsh and the House speaker never assigned it to a committee for hearings.