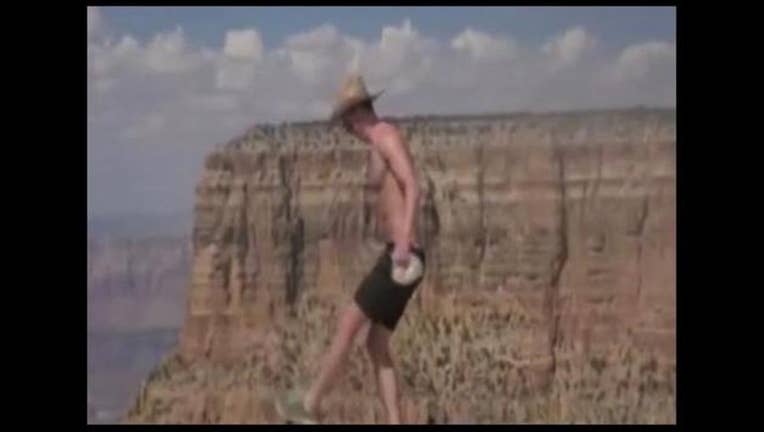 FLAGSTAFF, Ariz. (AP) - Authorities are looking into a viral Internet video that shows a man kicking a squirrel off what appears to be the edge of the Grand Canyon.

She couldn't say whether the video was a hoax. But she says geographical features in it match part of the Grand Canyon. She says authorities have reached out to YouTube seeking more information.

A message sent Monday to the person who uploaded the video wasn't immediately returned.

The video, which you can watch above, shows a shirtless man wearing a cowboy hat leaving a trail of food, putting on one of his shoes and then kicking the squirrel into the air.

Park officials discourage visitors from feeding squirrels or other wildlife.