The White House said the Biden administration remains "deeply engaged" with the events unfolding in Haiti however it was not made clear whether or not the U.S. will grant the island country's request for U.S. troops assistance.

WASHINGTON - The United States has no plans to send troops to Haiti to assist with the ongoing turmoil following the assassination of the country’s president, however the Biden administration remains "deeply engaged" with the situation as it unfolds, according to a White House press briefing on Monday.

"We had a delegation that went down yesterday, they briefed the president this morning. What was clear from their trip is that there is a lack of clarity on the future of political leadership. That’s an important step that the people of Haiti, the different governing leaders of Haiti, need to work together to determine a united path forward. And we will remain deeply engaged as we have been for months prior to the assassination, with individuals in Haiti to provide assistance moving forward," White House Press Secretary Jen Psaki said.

On July 9, Haiti’s interim government said that it asked the U.S. to deploy troops to protect key infrastructure as it tries to stabilize the country and prepare the way for elections in the aftermath of the assassination of President Jovenel Moïse.

"We definitely need assistance and we’ve asked our international partners for help," Interim Prime Minister Claude Joseph told The Associated Press in an interview, declining to provide further details. "We believe our partners can assist the national police in resolving the situation." 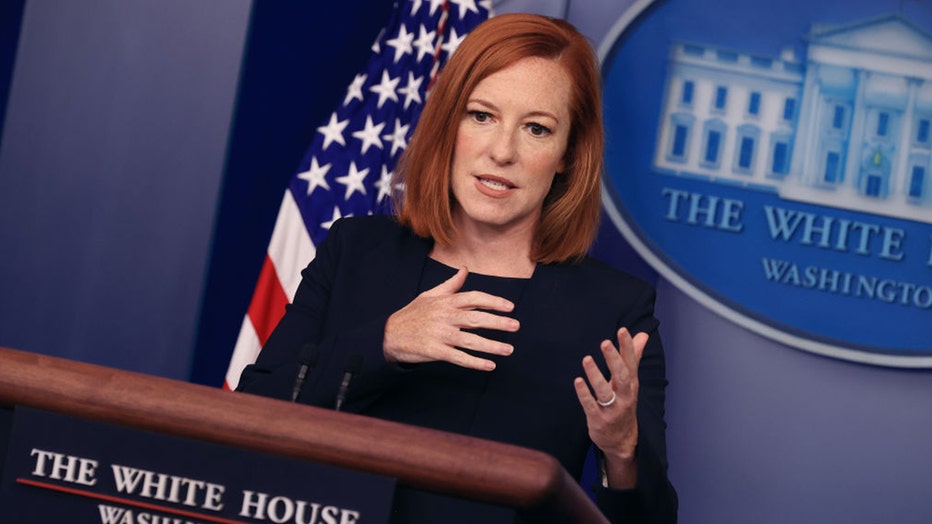 Joseph said that he was dismayed by opponents who’ve tried to take advantage of Moïse’s murder to seize political power — an indirect reference to a group of lawmakers that have declared their loyalty to and recognized Joseph Lambert, the head of Haiti’s dismantled senate, as provisional president and Ariel Henry, whom Moïse designated as prime minister a day before he was killed, as prime minister.

"I’m not interested in a power struggle," Joseph said in the brief phone interview, without mentioning Lambert by name. "There’s only one way people can become president in Haiti. And that’s through elections."

Joseph spoke just hours after the head of Colombia’s police said that the Colombians implicated in Moïse’s assassination were recruited by four companies and traveled to the Caribbean nation in two groups via the Dominican Republic.

Haiti, a country of more than 11 million people, currently has only 10 elected officials after it failed to hold parliamentary elections, leading Moïse to rule by decree for more than a year until his death.

While the streets were calm on Sunday, government officials worry about what lies ahead and have requested U.S. and U.N. military assistance.

"We still believe there is a path for chaos to happen," Haiti Elections Minister Mathias Pierre told The Associated Press.

On July 7, a squad of gunmen assassinated Moïse and wounded his wife in an overnight raid on their home, with police killing four suspects and arresting two others hours later amid growing chaos in a country already enduring gang violence and protests of an increasingly authoritarian rule.

Three police officers who were held hostage by the suspected gunmen were freed late Wednesday after police surrounded a house where some of the suspects were hiding, said Léon Charles, chief of Haiti’s National Police.

Joseph said the police and military were in control of security in Haiti, the poorest country in the Americas where a history of dictatorship and political upheaval have long stymied the consolidation of democratic rule.

In an interview with The Associated Press, Joseph called for an international investigation into the assassination, said that elections scheduled for later this year should be held and pledged to work with Moïse’s allies and opponents alike.

"We need every single one to move the country forward," Joseph said. He alluded to enemies of the president, describing him as ’’a man of courage″ who had opposed ’’some oligarchs in the country, and we believe those things are not without consequences.″