PHOENIX - When players for Tri-City Christian Academy hit the court for a boy's varsity basketball game, so did an all-female referee crew.

There are probably a thousand referees working in the state of Arizona, but Mollie Mueller, Danitra Betita and London Gailey did something people rarely see Monday.

The three worked together and called a boy's varsity game, in a first for the Canyon Athletic Association (CAA) and believed to be the first in Arizona.

The game Gailey, Betita and Mueller called took place on a day people celebrated a man who pushed for equality.

"It's MLK Day. It's a part of my history and to show people that, yes I'm a woman, but I'm going to officiate this game just like it's any other game," said Gailey.

The three have a combined 30 years of experience, and they are looking forward to a day where they don't have to celebrate it. 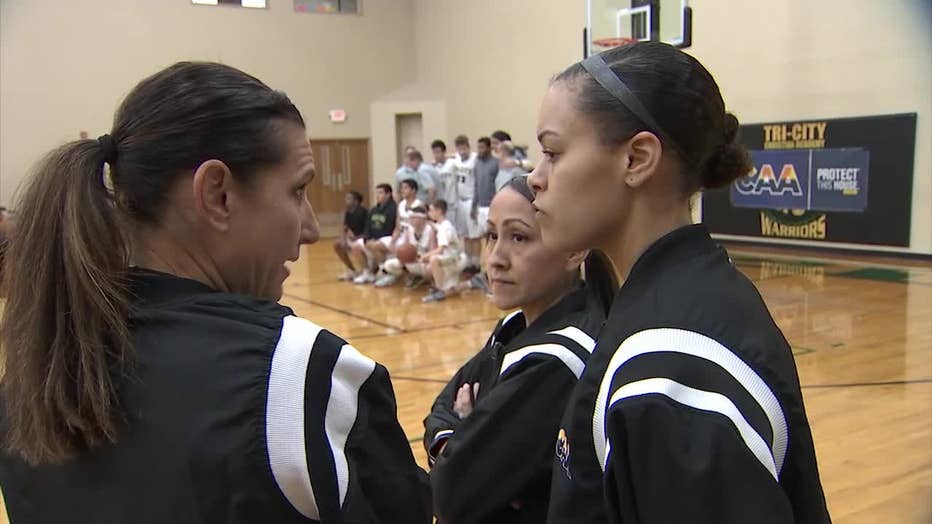 "I would hope at one point it's not like we're the unicorns in the bunch, like, oh it's rare to see a woman official in a boy's varsity game," said Betita.

The opportunity to see three women reffing a boy's varsity game doesn't come along very often, and there are only a handful of female officials on the CAA's roster of a few hundred in stripes.

"When I walk into the gym and you can tell the look on the fans' faces," said Betita.

"I still feel the pressure and, you know, just a little bit of that 'oh, you're a woman official working with me, a man?" said Gailey.

While they know the importance of standing up and standing out, the job will always tell them to do the opposite.

"Our job is to be anonymous, and we're just out there and doing a job and wearing stripes, like anybody else," said Mueller. 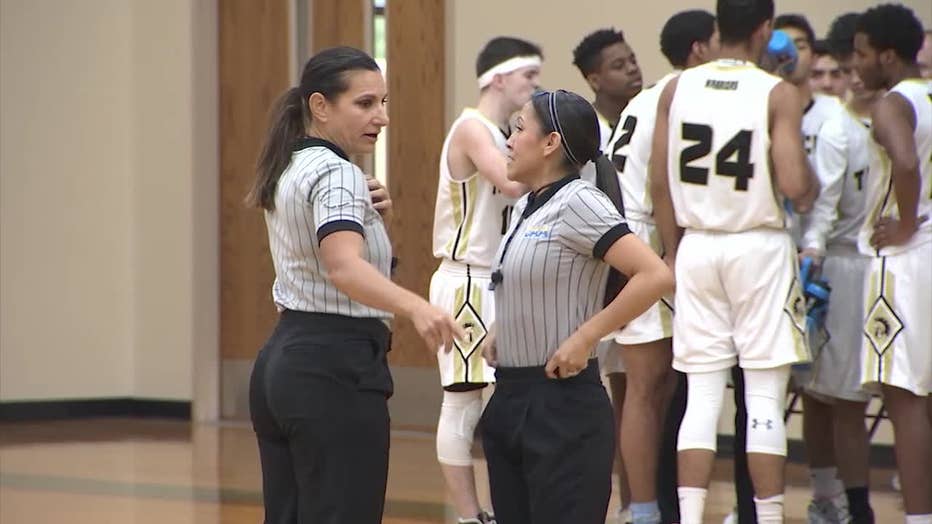 FOX 10's Matt Rodewald gave a sense of how rare Monday's occasion was. Rodewald has worked as a basketball referee for 10 years, in various varsity level and youth summer league tournaments, and said he has only worked with five women during that time.