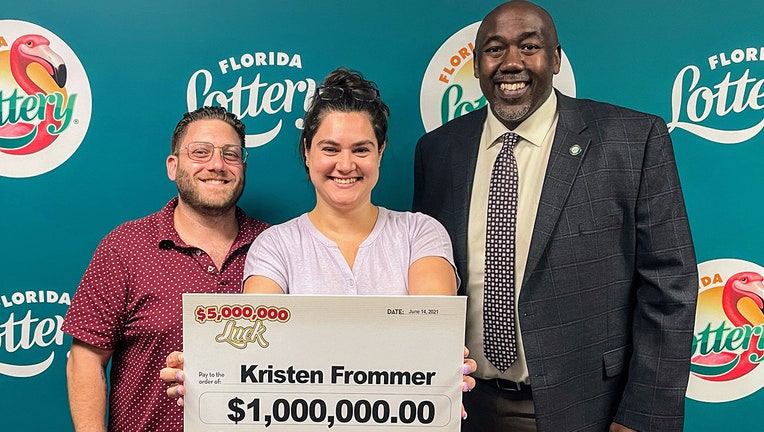 BOYNTON BEACH, Fla. - A couple of months ago, they weren’t Florida residents. But after just moving to the Sunshine State, one New Jersey couple won big.

On Wednesday, the Florida Lottery announced the winner of the $5,000,000 LUCK scratch-off game was 27-year-old Kristen Frommer, who recently moved to Boynton Beach with her significant other. She claimed a $1 million prize.

They are living as renters, but now, their move will likely become more permanent.

"This is the ultimate housewarming gift," Frommer told the Florida Lottery. "We moved down as renters two months ago, but now there's no question - we're buying a house and becoming Floridians!"

She purchased her ticket from a RaceTrac convenience store, located at 905 West Woolbright Road in Boynton Beach. The retailer will receive a $2,000 bonus commission.

The game’s overall odds of winning are one-in-2.97.