PHOENIX - A month following Phoenix Police's launch of "Operation Gun Crime Crackdown," hundreds of guns have been taken off the streets, the department announced on Aug. 17 in a news release.

The operation is headed by several law enforcement agencies and focuses on "reducing the number of violent gun crimes plaguing our city. Enforcement is aimed at taking guns away from those who are not supposed to have them while protecting the rights of law-abiding citizens."

711 guns were seized from July 5 to Aug. 15. More than a dozen of them have a "conversion device" on them, and police describe this as "an illegal part added to a gun to make it fully automatic."

A flare gun was also reportedly seized, and it was modified to shoot a bullet.

In that same span of time, nearly 530 people were arrested on charges related to gun crime.

"The collaborative effort of local, state and federal agencies involved in this operation lead to the arrest of several individuals involved in multiple violent crimes, including several homicides which remain under investigation. Information on those will be released later, to preserve the integrity of the ongoing investigations," police said.

You can call or email with any information about someone who's believed to illegally have a gun.

"This enforcement is not about taking guns away from law abiding citizens. It’s about getting guns out of the hands of criminals and those who are not supposed to have them," police said. 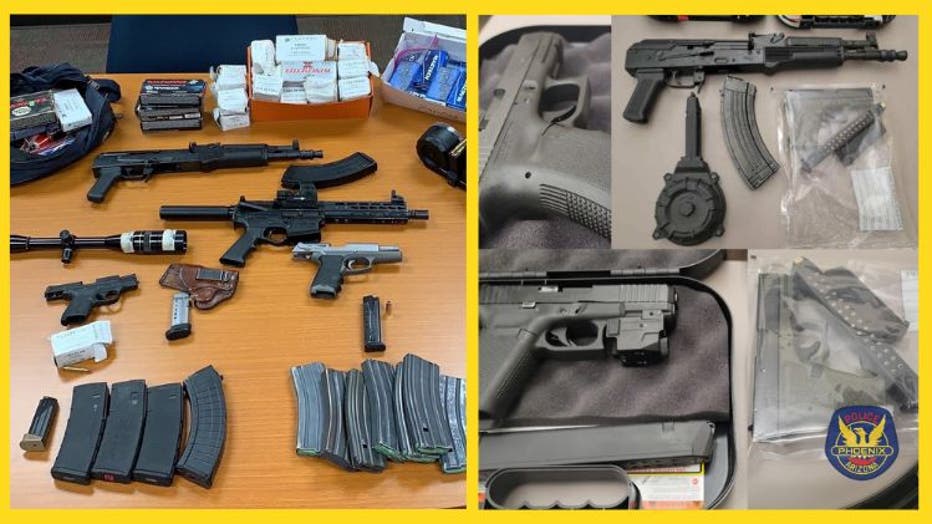 The department was joined by the Maricopa County Attorney, Mayor Kate Gallego, the U.S. Attorney's Office for Arizona, Bureau of Alcohol, Tobacco, Firearms & Explosives, and the family of Emily Morgan, who was killed in a mass shooting at a Phoenix strip mall on June 4.