'She didn't want to die young': Loved ones speak out after teen killed by gun violence

PHOENIX - The Phoenix Police Department announced a multi-agency crackdown on gun violence in the city on Wednesday.

"Operation Gun Crime Crackdown" is an effort to focus on reducing gun crime in the community. The department said on June 22 that it will work together to streamline the shooting investigation process, which includes assigning detectives to individual precincts to work with neighborhood enforcement teams and patrol officers.

In addition to Silent Witness, a new tip line will be created for the public to report gunfire or the illegal possession of firearms. That tip line launches on July 5.

"We just do something to protect our children and my officers from gun violence," Phoenix Police Chief Jeri Williams said. "This effort is not about taking guns away from law-abiding citizens. It’s the antithesis of that. It's about getting guns out of the hands of criminals and those that are not supposed to have them.

At the news conference, police displayed photos of several young victims who have been killed by gunfire. Many of the suspects in the murders have not been identified or arrested.

Last week, Chief Williams testified at a Senate hearing on gun violence. Williams' testimony came just a day after a Phoenix detective was badly injured during an ambush shooting.

The department was joined at Wednesday's news conference by the Maricopa County Attorney, Mayor Kate Gallego, the U.S. Attorney's Office for Arizona, Bureau of Alcohol, Tobacco, Firearms & Explosives, and the family of Emily Morgan, who was killed in a mass shooting at a Phoenix strip mall.

"It’s a small percentage of individuals that are creating 80% of this crime," says Sgt. Philip Krynsky of the Phoenix Police Department. "This is why we’re focusing on offenders creating multiple incidences, not just one occurrence."

About 100 people reportedly gathered for a party on June 4 that was promoted on social media when police say a fight broke out between multiple groups. It escalated into a series of shootings inside the building, in the parking lot, and on the street.

The shooter has not been caught, and no suspect description has been released.

Emily's family pleaded with the public at Wednesday's news conference to help find the gunman.

"We watch our door every night and wait for her to walk through," said Emily's father, Gabe Keely. "We need your help. Not just us, but other families." 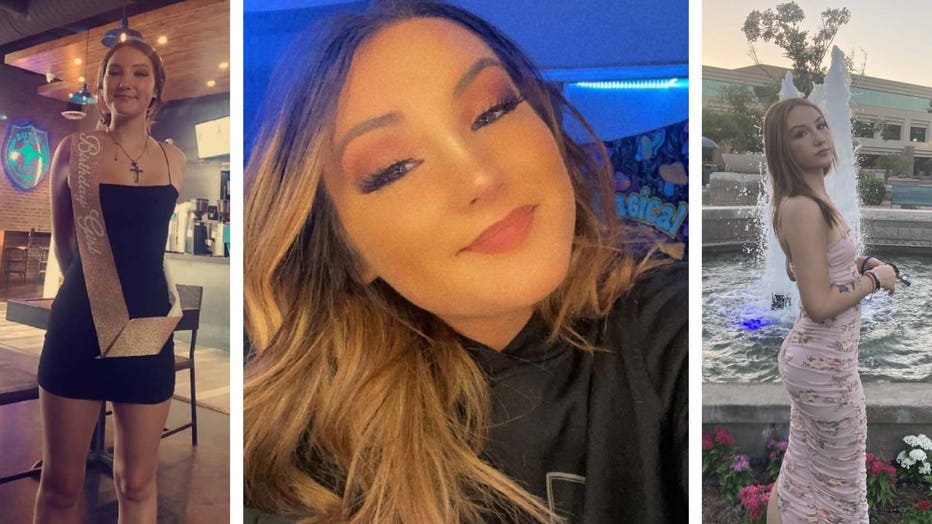 Emily "Emma" Morgan was killed during a mass shooting at a Phoenix strip mall.

The Phoenix City Council approved in an 8-1 vote on June 15 to give officers big pay increases, making the Phoenix Police Department the highest paid in the state. FOX 10's Stephanie Bennett reports.