Fiery rollover crash shuts down I-10 south of Eloy

SkyFOX flew over I-10 near Picacho Peak after a fiery rollover crash shut down the eastbound lanes.

ELOY, Ariz. - The eastbound lanes of Interstate 10 were shut down Wednesday near Picacho Peak after a fiery rollover crash involving a semi truck.

The Arizona Dept. of Public Safety said one commercial vehicle rolled over on its side and caught fire, but it is unclear what led up to the collision, how many vehicles were involved or if anyone was hurt.

Traffic was diverted at Picacho Peak Road. The crash happened at milepost 222 near Red Rock. Both lanes have since reopened.

Meanwhile, just yesterday, two people were killed in a crash on I-10 near Eloy. 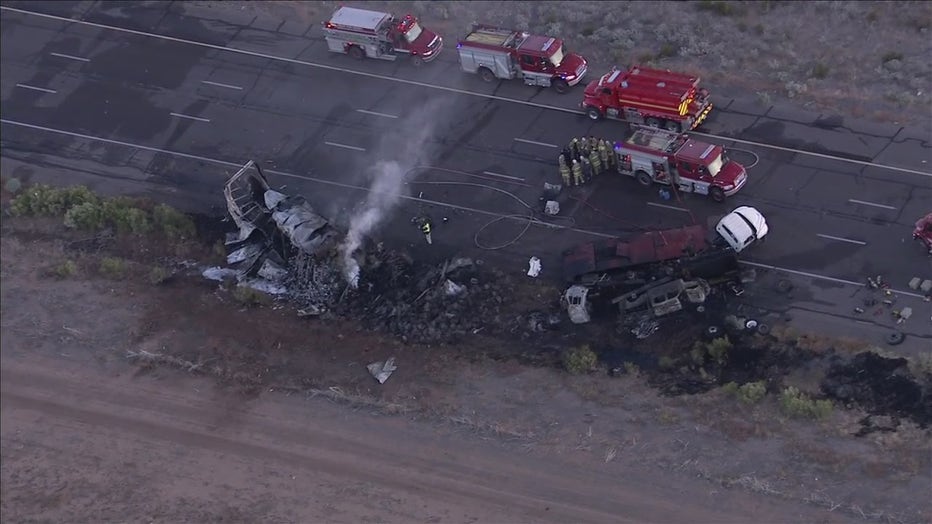 I-10 crash at Picacho Peak