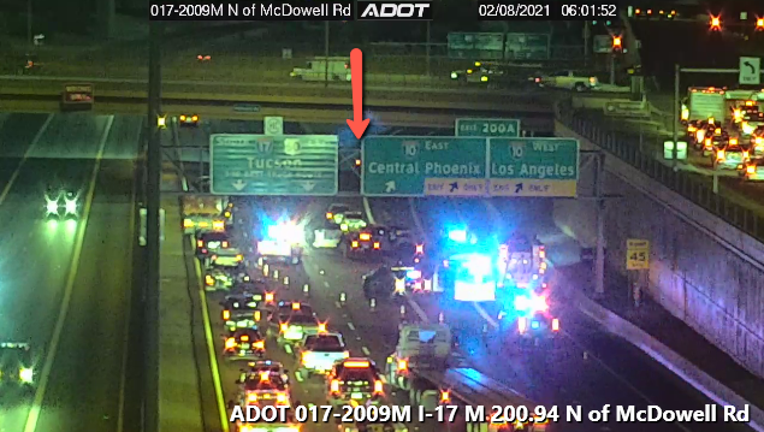 ADOT camera shows a five-car pileup at the I-10 stack.

PHOENIX - A crash involving five cars on the Interstate 17 near the I-10 stack has cleared after causing major traffic delays Monday morning, according to the Arizona Dept. of Transportation.

The Interstate 10 off-ramps were closed, but have since reopened.

At least one person was injured in the crash, but the extent of those injuries are unknown.