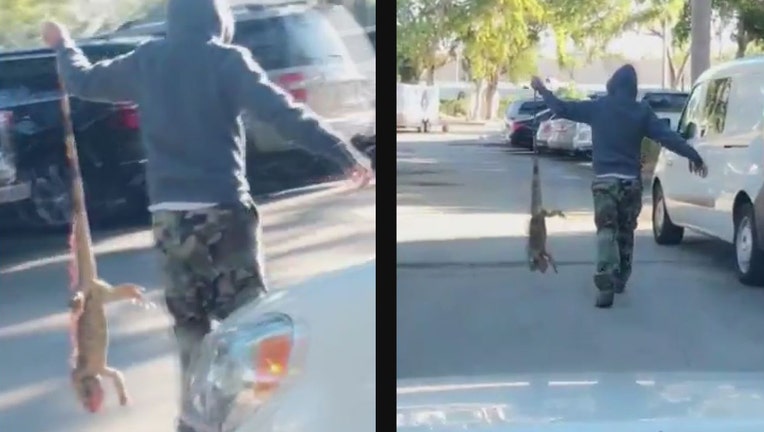 WEST PALM BEACH (FOX 13) - Among those affected by the cold weather that hit parts of the US on January 4 were iguanas in Florida.

Social media was flooded with photos of iguanas immobilized by temperatures that dipped to 40° F in the south of the state.

A video from Jenna Isola in West Palm Beach, taken on her way to work, shows a man carrying a large, stiff iguana out of a parking lot after it was affected by the cold.

Isola said the iguana was stunned by the cold conditions, but it was not dead. She said the man moved the iguana because it was in the parking lot and could have been run over.

In other parts of Florida, manatees huddled in warmer spring waters and sea turtles were rescued by FWC, all due to the cold temperatures.