Texans J.J. Watt, who is currently injured, took to the Labrador, allowing Sully to give him a kiss.

HOUSTON - The former service dog to President George H.W. Bush made a new friend at the Texans vs. Patriots game at NRG Stadium.

Texans' J.J. Watt, who is currently injured, took to the Labrador, allowing Sully to give him a kiss. 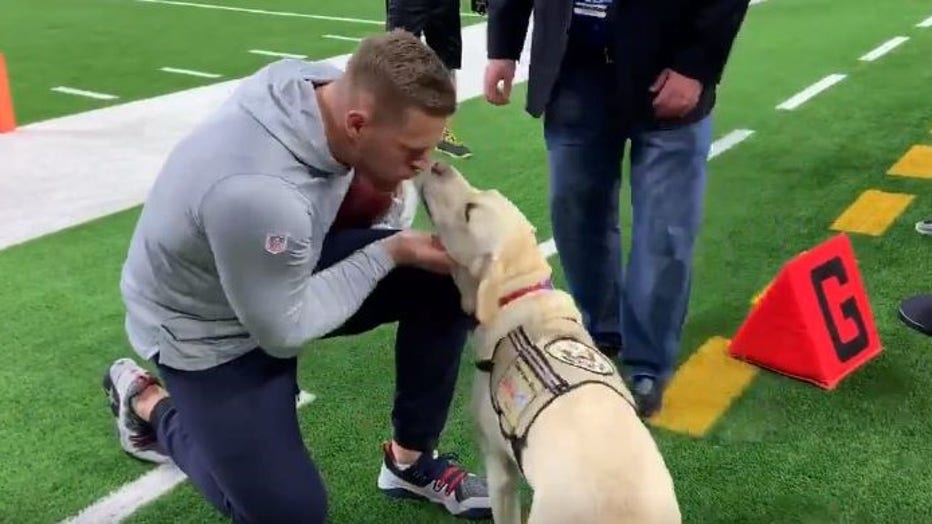 Sully currently works with disabled veterans and served Bush 41 during the last six months of his life. He has been honored with a life-size bronze AVD Commissions Statue. America's VetDogs, along with sculptor Susan Bahary, will dedicate the statue on December 2.

The statue will also be on display in the Fidelity Corridor at the George H.W. Bush Library in College Station as a part of the memorial exhibit.

In the meantime, there is a possibility Watt could return for the playoffs, or even sooner.