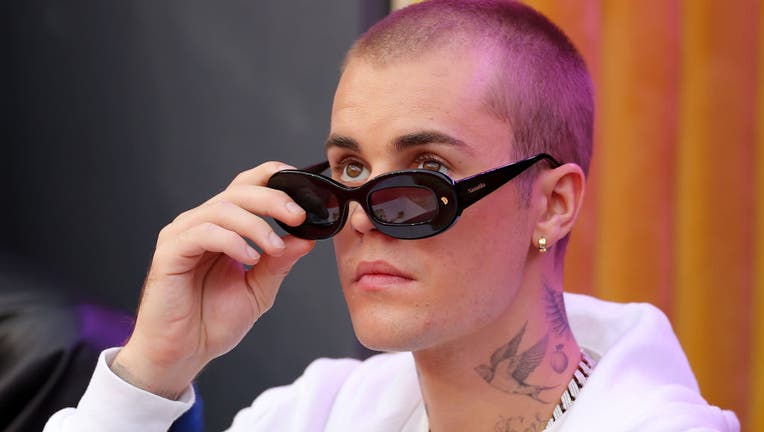 Singer Justin Bieber has postponed his upcoming Las Vegas show after a COVID-19 outbreak among his team, his tour representatives tweeted Sunday.

"Due to a covid outbreak within the team, Justin Bieber’s Justice World Tour show scheduled to take place in Las Vegas, Nevada has been rescheduled to June 28, 2022," they posted.

"Justin is of course hugely disappointed, but the health and safety of his crew and fans is always his number one priority," the statement reads. "The tour launch in San Diego was a massive success, and Justin is excited to bring this spectacular show to his Las Vegas fans as soon as possible."

According to TMZ, Bieber also tested positive for the virus. He reportedly found out on Saturday and is doing okay, according to the outlet.

Four people were shot and hurt early Saturday after a fight broke out outside a Los Angeles restaurant hosting a party that followed a Justin Bieber concert, police said. Credit: Anonymous via Storyful

Tour representatives also said refunds are being issued for the Las Vegas show.

Bieber is scheduled to perform Tuesday in Glendale, Arizona, and then Los Angeles on Thursday. No word if those concerts will also be postponed.

The artist isn’t the only one who has had to cancel a performance due to COVID-19.

Less than 24 hours after Adele’s Las Vegas residency was set to kick off in January, she announced it would be postponed indefinitely due to COVID-19 delays and increased cases among crew.

"I’m so sorry, but my show ain’t ready," Adele said in a tearful social media post. "We've tried absolutely everything that we can to put it together in time and for it to be good enough for you, but we've been absolutely destroyed by delivery delays and COVID."

"Half my crew, half my team has come down with COVID and still are, and it’s been impossible to finish the show, and I can’t give you what I have right now," Adele, 33, continued. "I’m gutted, I’m gutted, and I’m sorry it’s so last minute."

Stephanie Weaver contributed to this report. This story was reported from Los Angeles.