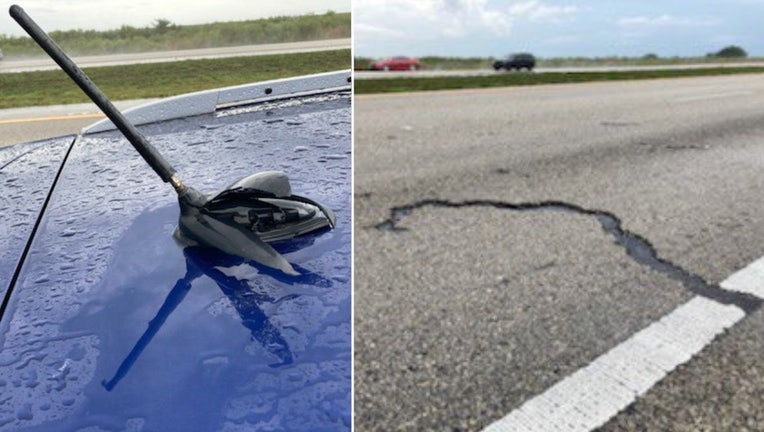 FORT LAUDERDALE, Fla. - A South Florida driver was on I-75 when lightning struck his SUV, troopers said.

The Florida Highway Patrol said the 48-year-old man from Naples was driving through a heavy rainstorm on Alligator Alley in Broward County just before 11:30 Monday morning when a bolt of lightning struck the antenna on the back of his Nissan SUV, cracking the plastic.

The strike damaged the SUV's electrical system, disabling the vehicle on the highway.

Troopers said the lightning also left a 7-foot-long, 4-inch-wide gouge in the pavement on I-75.

Thankfully, the driver was not injured in the incident.

The disabled SUV was towed from the scene while a roadway repair crew was notified of the pavement damage.