The Arizona Dept. of Public Safety says the 19-year-old hit three vehicles before flipping his car near the 52nd Street exit.

PHOENIX - A 19-year-old is being accused of driving impaired after he reportedly sped more than 125 miles per hour down the Loop 202 freeway in Phoenix, causing a rollover crash that shut down the road for several hours during the morning commute on Wednesday.

The collision happened around 5:40 a.m. near State Route 143 and involved four vehicles. One person was hospitalized with non-life threatening injuries, officials said.

"Troopers received a call regarding a vehicle traveling in excess of 125 miles per hour on State Route 202," said Bart Graves with the Arizona Department of Public Safety. "The vehicle struck three different vehicles before striking the wall and overturning near the 52nd Street exit."

He hasn't been identified.

Loop 202 shut down in Phoenix due to crash 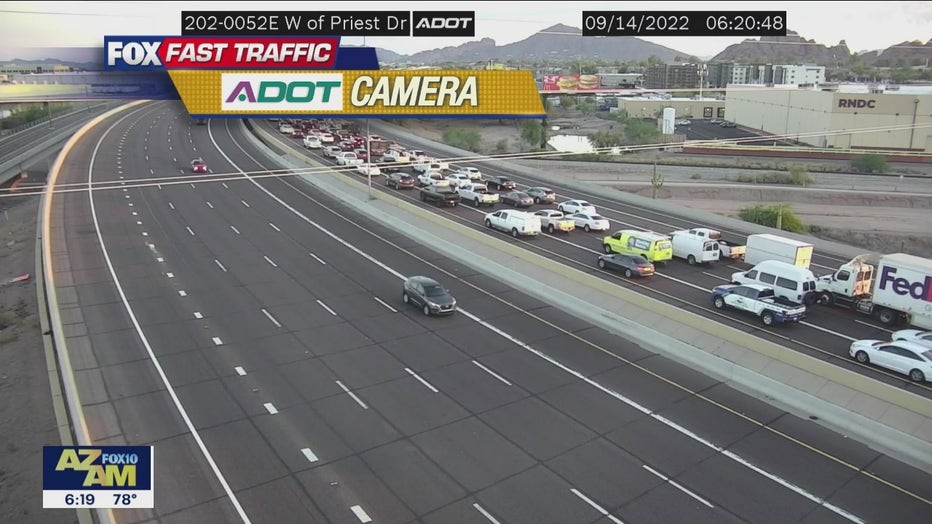 A view of the traffic backup on Loop 202