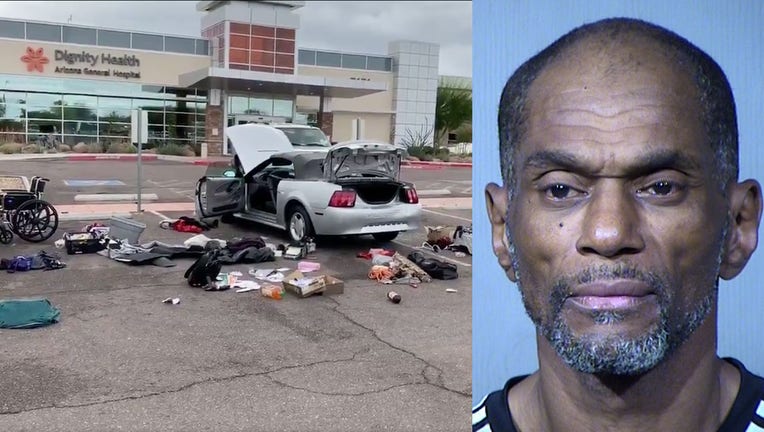 PHOENIX - A man has been arrested for allegedly making threats outside a hospital in Laveen, according to Phoenix police.

Police said 53-year-old William Guilford is jailed on a $25,000 bond on suspicion of making terrorist threats.

Guilford’s next scheduled court appearance is March 25. It was unclear Thursday if he has a lawyer yet for his case.

Police said officers responded Wednesday to the parking lot of Dignity Health Arizona General Hospital about a man making threats that he had a bomb in his car.

The hospital located near 51st Avenue and Baseline Road was evacuated and closed.

A bomb squad searched Guilford’s vehicle and nothing suspicious was found, authorities said.