CHICAGO - A man has been arrested in Chicago after attacking an off-duty police officer and biting off his friend’s nipple during a road rage incident in the city Sunday night, according to a report.

Kyle Clark, 35, was driving a black Volkswagen Jetta on Lake Shore Drive when he sideswiped another vehicle carrying the off-duty officer and his friend around 11:40 p.m., CWB Chicago reported, citing prosecutors.

The off-duty officer and his friend, both 38-year-old males, pulled up alongside Clark and ordered him to pull over so they could file a crash report, according to the outlet. The off-duty officer reportedly identified himself to Clark as a Chicago police officer.

After the three men exited their vehicles, Clark allegedly punched the off-duty officer twice in the face. When the friend tried to help, Clark attacked him and completely bit off his nipple, the report said. 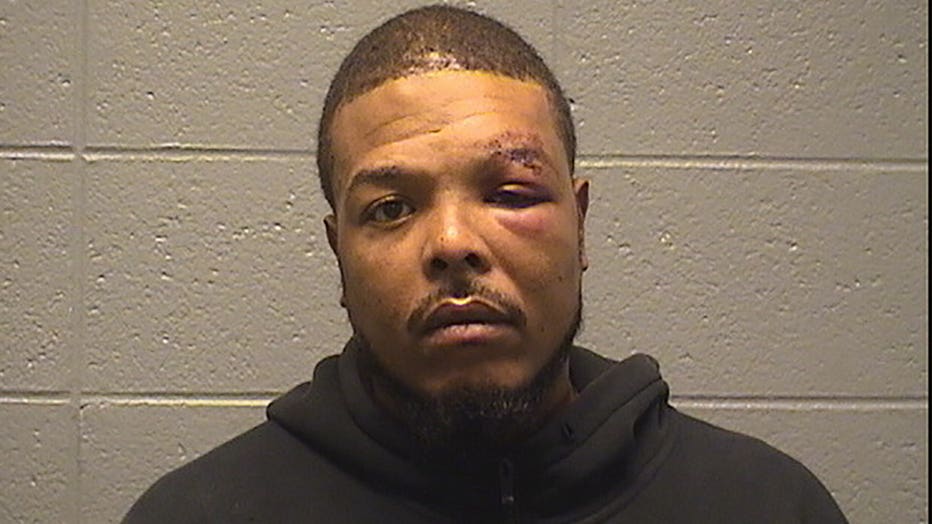 Clark, pictured above in a booking photo, was booked into the Cook County Jail and held on $100,000 bond.

Police arrived at the scene and reportedly took Clark into custody after a brief struggle. The off-duty cop’s friend was taken to a hospital for treatment, according to the outlet.

Clark was booked into the Cook County Jail on Sunday with a lead charge of aggravated assault on a peace officer, the Cook County Sheriff’s Office told Fox News via email. He was being held on $100,000 bond. 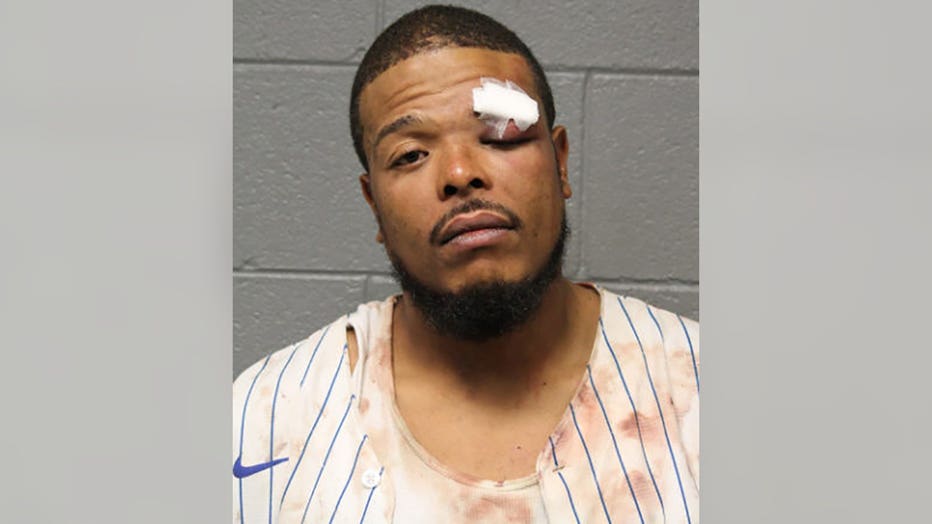 Clark appears in a mug shot following his arrest Sunday. He faces a lead charge of aggravated assault on a peace officer.

Clark was also charged with aggravated battery causing great bodily harm, aggravated unlawful use of a weapon, and leaving the scene of a property damage accident, the outlet reported. He reportedly has three previous convictions for aggravated battery of peace officers.

Clark’s next court appearance was scheduled for Aug. 16.

Fox News has reached out to the Chicago Police Department and the office of the Cook County State’s Attorney.