Gator-attack survivor says he believes reptile was protecting its nest

VENICE, Fla. - Jeffrey Heim says it happened in an instant.

"It just hit me twice – once right here, once right here – and I think my hand might have protected my face because I have a puncture wound on the top and bottom. But it just happened so fast, there’s nothing I could have done to defend myself."

Heim was doing what he does often – free diving for fossilized shark teeth in the Myakka River. He says there are tons of them, including his favorite fossils from the prehistoric massive shark, the megalodon.

On Sunday, Heim was dressed in a wetsuit when he went diving into the dark waters of the Myakka.

"I just love being in that river – it’s a boneyard down there," he said. "There’s a lot going on down there, and even though it’s shallow, that river is wild." 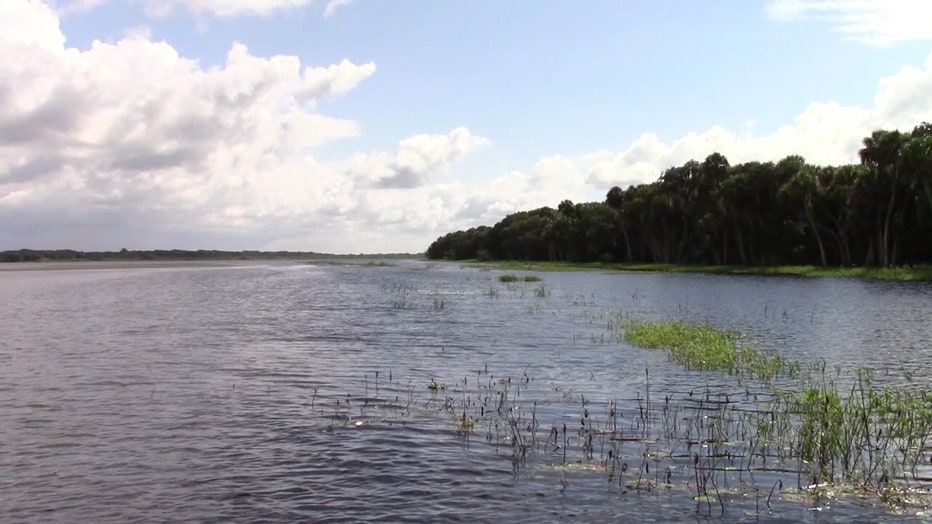 When he came up for air, that’s when the alligator attacked.

"I come up, and just get blasted by what felt like a propeller on a boat going 50 miles per hour," Heim. "It pulled me down, pulled my mask off."

He was able to get his head above the water, when he says, he locked eyes with the gator.

"You have to learn how to not act like prey, and we just looked at each other – I didn’t flail around, because that would have triggered his prey instincts even more." 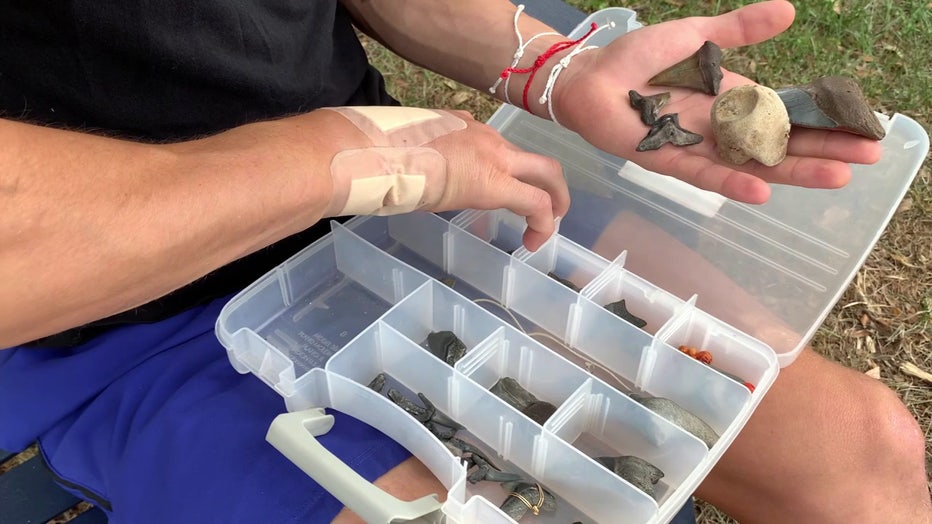 Jeffrey Heim shows off some of his shark-tooth finds.

Somehow, he says, the gator lost interest in him – possibly, he says, because of his size – and he was able to make it back to shore.

He saw four people nearby and called for help. Paramedics arrived within minutes. He was fighting, at one point, to remain conscious.

"It’s very scary when you ask someone, ‘Am I going to be OK?’ and they hesitate," he said. "And they just reassure you, and you can hear it in their voice that it’s worse than what they’re telling you. That’s scary."

"Your life is worth more than any shark tooth – or whatever you enjoy," he said. "But I won’t stop diving, I’m just going to find safer ways to do it. Probably not in that river."

FWC has been searching the river all afternoon for the alligator. They say trapping efforts are still ongoing.

FWC is investigating after a couple finds a beheaded gator along a rural Manatee County road.

FWC provided the following safety tips when it comes to alligators:

Generally, alligators less than 4 feet in length are not large enough to be dangerous unless handled. However, if you encounter any alligator that you believe poses a threat to people, pets or property, call the Nuisance Alligator Hotline at 866-FWCGATOR (866-392-4286). Please be aware, nuisance alligators are killed, not relocated.

Be aware of the possibility of alligators when you are in or near fresh or brackish water. Bites may occur when people do not pay close enough attention to their surroundings when working or recreating near water.

Do not swim outside of posted swimming areas or in waters that might be inhabited by large alligators.

Alligators are most active between dusk and dawn. Therefore, avoid swimming at night.

Dogs and cats are similar in size to the natural prey of alligators. Don’t allow pets to swim, exercise or drink in or near waters that may contain alligators.

Dogs often attract an alligator’s interest, so do not swim with your dog.