AVONDALE, Ariz. - A father of two girls with another on the way is traumatized after being stabbed several times outside a grocery store in Avondale.

On Dec. 2 around 8:30 p.m., Erik Dixon had just bought groceries at Fry's. He got in the car, ready to leave the parking lot near 107th Avenue and Indian School Road.

Then, a woman who he believes was homeless approached him. He was about to give her some change and suddenly things took a turn for the worse.

He says a man started smashing the front and back windshields and the passenger side window before lunging through it. Dixon says he remembers trying to start the car but says the key broke off in the ignition. 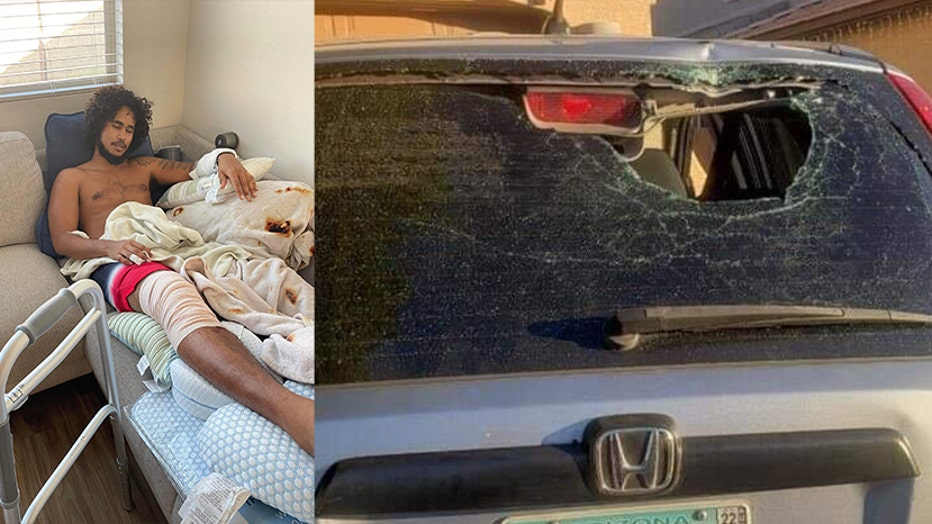 "He said, 'I'm gonna kill you,' more than once," Dixon recalled. "I just remember her screaming, ‘Oh no, he’s here … oh no, my husband is here,' and he just started hitting her and just started attacking me."

Dixon felt a sharp, burning pain then wasn't able to see as he tried wiping the blood away from his face. "That's when my fight or flight told me it wasn't time to fight – it was time to run."

He left his car and belongings, running for help and calling his wife Danae Giles.

"When you get a call like this, it's unbelievable. He was just going to the grocery store," his wife said. 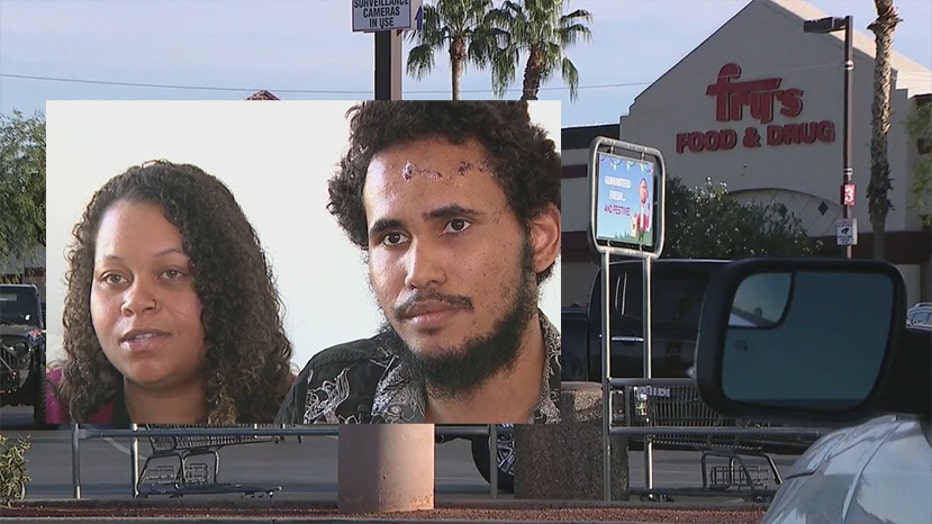 Dixon was stabbed four times in the head, also cut deep in the arm and leg. He survived, and of course, is now shaken up as police look for the suspect.

"I definitely have PTSD from the situation," he said. "I haven't been able to sleep."

Meanwhile, Dixon isn't able to work as he recovers from this incident. If you'd like to help the family, click here.