A retired Chicago firefighter was fatally shot during an exchange of gunfire with would-be carjackers Thursday afternoon in Morgan Park on the Far South Side, according to police.

CHICAGO - A retired Chicago firefighter was fatally shot during an exchange of gunfire with would-be carjackers Thursday afternoon in Morgan Park on the Far South Side, according to police.

About 2 p.m., the 65-year-old left the popcorn shop Lets Get Poppin’, 11758 S. Western Ave., and walked to his vehicle when a dark-colored sedan approached and four males got out, Chicago police Chief of Operations Brian McDermott said in a news conference at the scene.

There was an exchange of gunfire, and the retired firefighter was struck in the abdomen, McDermott said. He was taken to Christ Medical Center in Oak Lawn, where he was pronounced dead.

The retired firefighter was identified as Dwain Williams of Longwood Manor, the Cook County medical examiner’s office said. An autopsy ruled his death a homicide.

Authorities provide an update after a man was shot and killed on the Far South Side.

Williams was a lieutenant who retired from the fire department about two years ago after joining the force in 1992, according to Chicago Fire Department spokesman Larry Langford. His final assignment was with the Office of Emergency Management and Communications.

His final assignment was with the Office of Emergency Management and Communications, where he was going to return to work as a civilian employee as soon as next week because “he really loved working in that environment,” Langford said.

Speaking at the scene, Southwest Side Alderman Matt O’Shea said Williams was a decorated member of the fire department.
“I can tell you he was a hero,” O’Shea said. “He spent his entire career working hard as a first responder for our great city. What a tremendous loss.”

“My heart goes out to the the family of the victim and to the victim himself,” McDermott said. 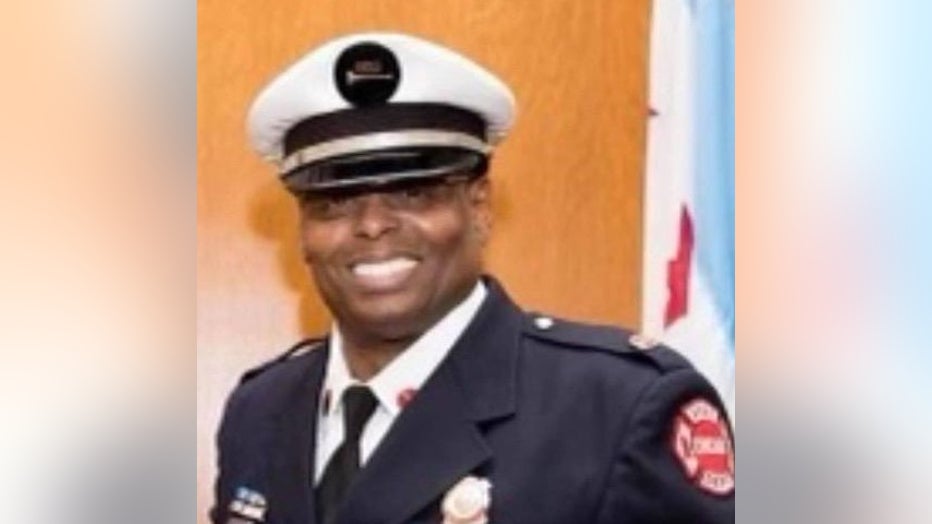 The suspects were last seen fleeing west on 118th Street in the sedan, McDermott said. It wasn’t immediately clear if any of them had also been shot.

The shooting comes amid a spike in reports of carjackings across the city. Chicago police have responded to 1,229 carjackings this year through Nov. 22, more than double the 514 carjackings in Chicago in all of 2019, according to data obtained by the Chicago Sun-Times.

“The Chicago police department is well aware of the increase in vehicle hijackings, we’re doing our best right now to increase the capabilities of our citywide task force,” McDermott said.

Earlier in the year, another deadly shooting took place at a restaurant just blocks away.

One person was killed and four other people were wounded in August when someone opened fire at a man who was dining at Lumes Pancake House, 11601 S. Western Ave.

McDermott assured residents that the department was doing everything it could to curb violence in the neighborhood.

“The message is we hear their concerns loud and clear, and that we understand the fears that they’re going through,” he said. “We all have people that we know that live in this community that shouldn’t have to live in fear.”