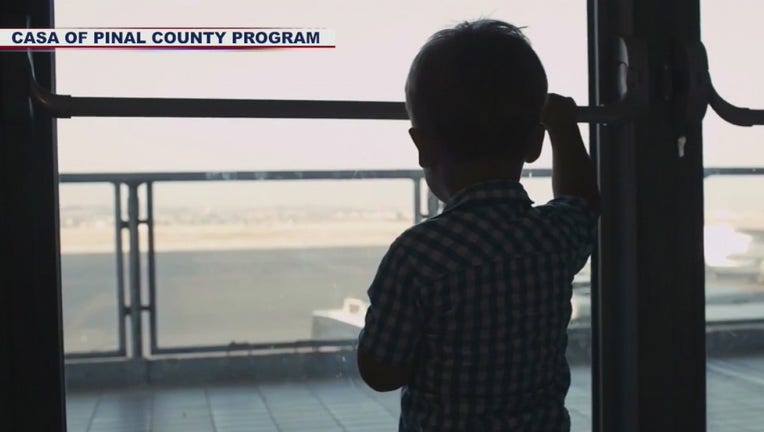 PHOENIX - As schools shut down and people practice social distancing, there's a major need for people in the public to act as the eyes and ears for one of the most vulnerable populations - children in foster care.

Now, the nonprofit that needs those children needs volunteers.

CASA, Court Appointed Special Advocates, have served over 25,000 children for the past 35 years in Maricopa County.

"The role of a CASA volunteer is really to be a consistent presence in the life of these chidlren who are navigating the child welfare system," said Christine Slomski from CASA.

CASA's Slomski says now more than ever, abused and neglected children need everyday people to speak up for them.

"We're really asking the community right now to plug into...the child welfare community to see how you can help," said Slomski. "We know that right now, the calls in the DCS hotline are down in volume, and while that seems great, what that indicates is that there's less public eyes and ears on vulnerable youth."

CASA needs volunteers in order to help. Volunteers must pass a background check and be at least 21 years old, and training is provided.

"Because of school closures, our children are indoors now," said Slomski. "There are less eyes and ears on them and that does pose a challenge for our CASA volunteers to connect with them in person.

"But what's been really great is that the CASA community had really stepped up to the challenge," continued Slomski, "They're being able to connect with their CASA kids by using FaceTime, Google Hangouts, Zoom calls, really whatever it takes to maintain that connection."

To volunteer, visit their site here.