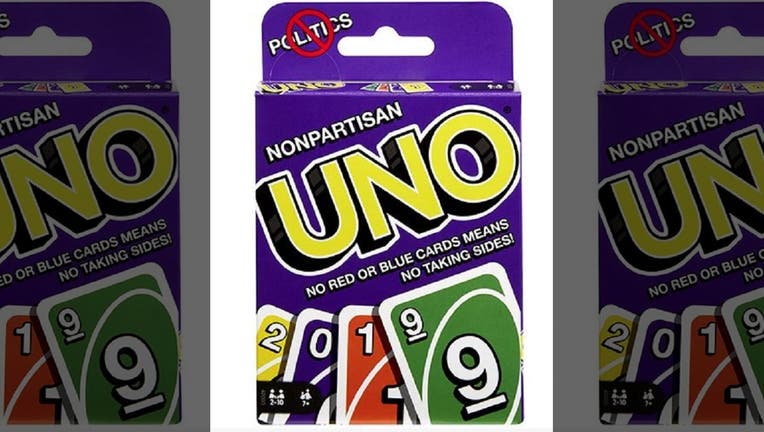 In an effort to make the holiday season as nonpartisan as possible, Mattell is releasing a limited-edition UNO deck of cards with politically neutral colors.

The toymaker is removing the game's iconic blue and red cards and replacing them with orange and purple, the color created when red and blue are mixed.

"No red or blue cards means no taking sides!” Mattel said on its website, referring to the color blue used by Democrats and red co-opted by Republicans. "Whether you lean a little left or a little right, one thing we can all agree on is how much we love UNO®!"

A video accompanying the message said around 40 percent of people admit that opposing political views in their families are problematic. A 2017 survey by the American Psychological Association found 38 percent of respondents said their stress level increases during the holiday season, partly due to family gatherings.

Mattel urged players to take a break from the current politically partisan climate. The deck comes with a "veto card" to skip the political talk and keep things civil.

The card skips that player’s next turn and makes them change the subject.

Get updates at FoxNews.com.