LAKE HAVASU CITY, Ariz. - Officials with the Mohave County Sheriff's Office say they have recovered the body of a teen who went missing at Lake Havasu on June 20.

According to a Facebook post made by officials with the Sheriff's Office, the victim, 16-year-old Isaiah Benz from Canoga Park, California, was found at around 10:17 a.m. on the lake bottom in the south basin of Lake Havasu.

"He was located utilized Side Scan Sonar Technology along with divers in approximately 35 feet of water," read a portion of the post.

Earlier, officials said a group from Canoga Park and Palm Springs, California was on a rented pontoon boat and stopped in the South Basin of Lake Havasu to go swimming on June 20. Due to high winds, the group became separated from the victim, who was struggling in the water.

When the group got back on their boat to try and rescue the teen, a man fell from the back of the boat and hit the propeller.

The man was pulled from the water by others from the group, but two more people who jumped off the boat in an attempt to rescue the team began struggling in the water.

Both people were able to get out of the water after nearly drowning.

The man who was injured after getting hit by the propeller was hospitalized in stable condition.

A Native Air helicopter joined MCSO divers in an effort to find the team on June 20, but crews were forced to stop their search at nightfall. 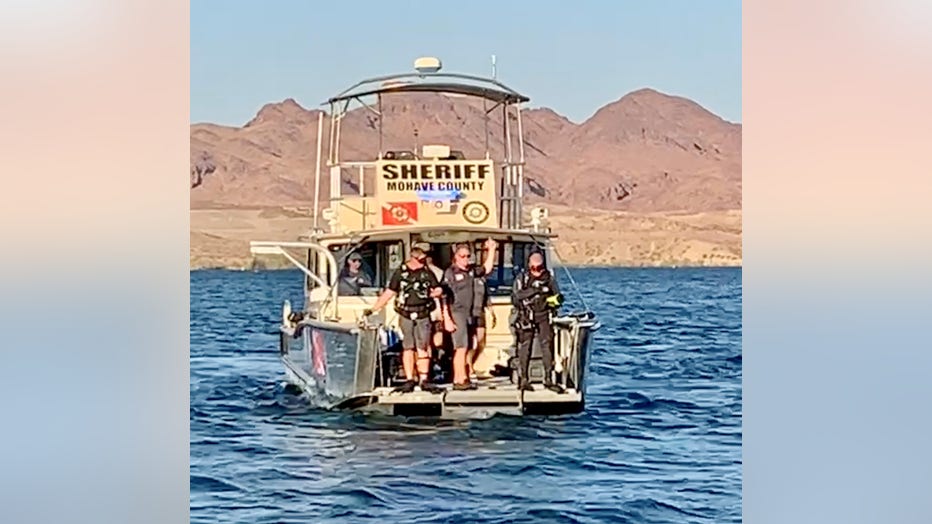 Officials have ordered evacuations in Coconino County as a result of a wildfire that burned 10,000 acres of land as of the night of June 20.

Peoria Fire has to patrol about 50 square miles of Lake Pleasant. They have to be ready for anything and everything, and that's why they say this boat is such a vital tool.

Authorities in the small city of Show Low said the unidentified 35-year-old male suspect fled the crash scene in the pickup and was shot by officers a short time later.