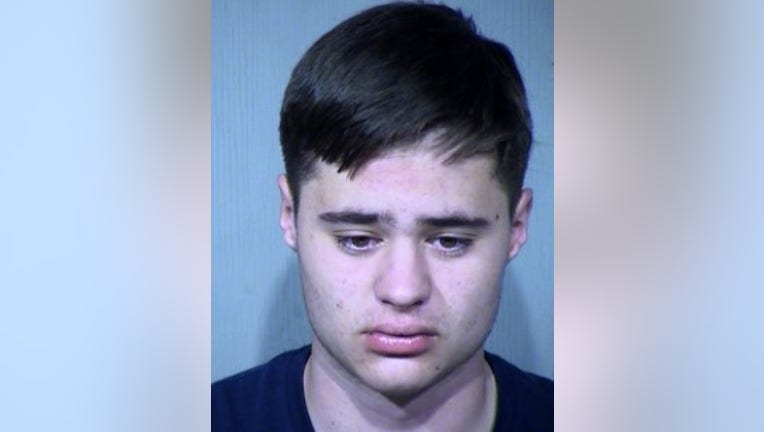 LITCHFIELD Park, Ariz. - Officials with the Maricopa County Sheriff's office say a driver involved in a deadly crash in the West Valley Friday night was speeding at the time of the incident.

The crash happened in the area of Dysart Road and Missouri Avenue. Officials with MCSO say it involved two cars, and the driver of the second car, identified as 34-year-old Ryan Charley, died at the hospital.

Investigators announced on Saturday the arrest of 18-year-old Aaron Marcoux. Based on a preliminary investigation, Marcoux was driving over 40 mph (ca. 64 km/h) at the time of the crash. One of the two passengers inside the car said they were travelling "100-ish" just before the crash, and Marcoux himself admitted to driving at least 70 mph (ca. 113 km/h) in an area where the posted speed limit is 45 mph (ca. 72 km/h).

Officials say Marcoux was evaluated by a drug recognition expert, and was found not to have been impaired. Marcoux is accused of reckless manslaughter, aggravated assault, and endangerment.