Researchers at the National Atmospheric Deposition Program, say they have have found high levels of  toxic chemicals known as PFAS in rainwater, in some parts of the U.S.

A study published in the Journal of Experimental Biology on July 6 found that drugs such as methamphetamines that make their way into the world’s waterways through human waste can actually cause fish to become addicts, thereby impacting the natural balance of ecosystems.

According to authors of the study, fish have nervous systems similar to human beings and are able to develop drug addictions "such as behavioral dependencies related to the dopamine reward pathway."

In the study, researchers observed brown trout because, while the species is native to Europe, brown trout can be found in all continents, excluding Antarctica.

"Furthermore, brown trout has been employed as a model species in toxicology (e.g. Luckenbach et al., 2001). Thus, the results obtained in the present study are broadly relevant to numerous ecosystems," the study said.

Meth is a highly addictive drug that acts as a stimulant. It affects the central nervous system of the body and comes in crystalline powder forms which can easily dissolve in water and liquid forms, according to the National Institute of Health. 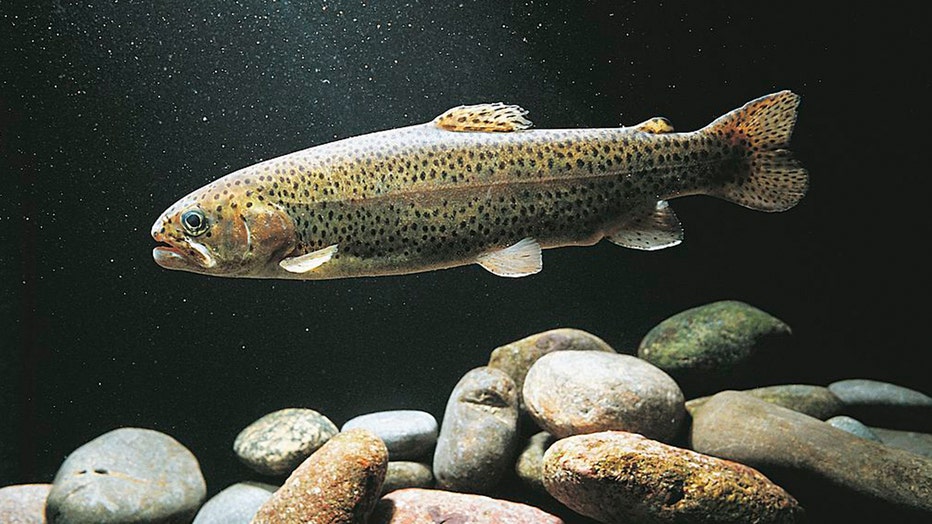 Results of the study found that fish exhibit similar behaviors to human addicts when going through withdrawals.

"Withdrawal symptoms include increases in anxiety and stress (Piper, 2015). Exposed trout in the present study similarly displayed lower probability of movement, suggesting that their ability to explore a novel environment was reduced as a response to stress caused by methamphetamine withdrawal," according to the study.

Researchers also noted that fish who had become addicted to methamphetamines exhibited similar behaviors seen in humans and sought out locations where often drugs are disposed of into waterways by way of human waste.

"Users of illicit drugs indirectly introduce these drugs into surface waters following excretion to sewage collection systems and discharge from wastewater treatment plants, because these systems were not designed to treat such contamination," the study said.

RELATED: Researchers look at psychedelics to treat addiction and depression

The unnatural attraction to specific locations where fish can get their dose of meth and other drugs can cause an imbalance in ecosystems, according to the study. Consequently, fish that seek to satisfy their drug addiction shirk the natural desire to forage and reproduce, again, potentially upsetting the balance of nature.

"The elicitation of drug addiction in wild fish could represent another example of unexpected evolutionary selection pressure for species living in urban environments (Johnson and Munshi-South, 2017) along with ecological side effects of human societal problems within aquatic ecosystems," the study concluded.

People who abuse drugs such as methamphetamines and other amphetamines are considered widely as a global health challenge, according to the study.

"According to the 2017 National Survey on Drug Use and Health (NSDUH), approximately 1.6 million people (0.6 percent of the population) reported using methamphetamine in the past year, and 774,000 (0.3 percent) reported using it in the past month," a National Institute of Drug Abuse report said.

These disorders included "significant impairment, including health problems, disability, and failure to meet responsibilities at work, school, or home as a result of their drug use."

The far-reaching impacts of meth addiction not only impacts communities and public safety but according to a RAND Corporation report from 2009, "methamphetamine misuse cost the nation approximately $23.4 billion in 2005."

And as shown in the recent study pertaining to meth addiction in fish, drug abuse has the potential to impact the natural balance of the environment.

"Methamphetamine users can unknowingly cause fish methamphetamine addiction in the ecosystems around us. Furthermore, drug addiction can have analogical destructive effects on populations of wild animals as well as for human society," Dr. Pavel Horký, co-author of the study told FOX TV Stations in an emailed statement.