Michael Cohen to be released back to home confinement

Cohen had refused to sign a form that would have barred him from publishing a book or communicating publicly in other manners as a condition of home confinement.

NEW YORK - Michael Cohen, who was former President Donald Trump’s longtime personal lawyer until his 2018 arrest, said Monday that his three-year prison sentence — mostly spent in home confinement — was over as he took another swipe at his former boss and vowed to continue cooperating with law enforcement probes.

A smiling Cohen emerged from Manhattan federal court after signing documents and speaking with authorities about his upcoming three-year term of supervised release.

"I feel great today. It’s been long overdue," Cohen said to a collection of camera crews alerted to his presence by a tweet he had sent Sunday. 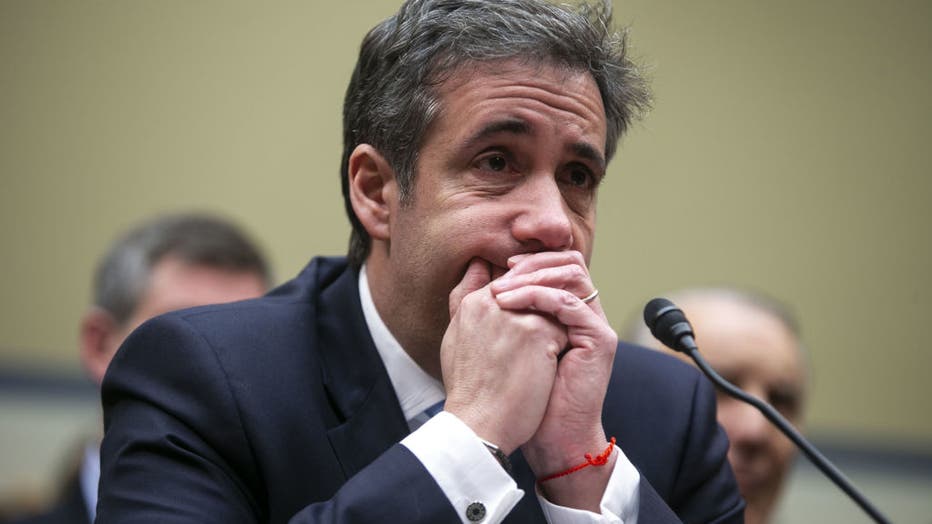 Cohen was sentenced to prison in December 2018 after pleading guilty to campaign finance charges and lying to Congress, among other crimes. In all, he spent about 13 1/2 months behind prison walls and a year and a half in home confinement. His time was further reduced through good behavior.

He implicated Trump at the time in the campaign finance charges, as he did again on Monday when he said that his release from home confinement "in no way negates the actions I took at the direction of and for the benefit of Donald J. Trump."

Manhattan's district attorney has convened the grand jury that is expected to decide whether to indict former president Donald Trump, other executives at his company or the business itself should prosecutors present the panel with criminal charges, according to two people familiar with the development.

He said he was "cognizant of my responsibilities" and "will not cease my commitment to law enforcement."

"I will continue to provide information, testimony, documents and my full cooperation on all ongoing investigations to ensure that others are held responsible for their dirty deeds and that no one is ever believed to be above the law," Cohen said.

Before his sentencing, Cohen tried to win leniency, saying he had cooperated fully with prosecutors, including with the probe by special counsel Robert Mueller into possible foreign influence in the 2016 election.

One of Mueller’s prosecutors, Jeannie Rhee, said in court that Cohen has "provided consistent and credible information about core Russia-related issues under investigation." But Manhattan federal prosecutors said he never fully committed to cooperating with them and did not earn a substantial sentence reduction.

Cohen, who reported to prison in May 2019, was released to home confinement after about a year as authorities released low-security-risk inmates during a coronavirus outbreak in federal prisons.

He was returned to prison weeks later before a judge ordered him returned to home confinement, saying that returning him to prison was clearly meant to punish him for his plan to publish his book, titled, "Disloyal: The True Story of Michael Cohen, Former Personal Attorney to President Donald J. Trump."

"How can I take any other inference than that it’s retaliatory?" Judge Alvin K. Hellerstein said. Prosecutors had insisted that Probation Department officers did not know about the book when they wrote a provision of home confinement that severely restricted Cohen’s public communications.