Bonita Gibson has been on this Earth for more than a century. She's lived through two pandemics, two world wars, the Great Depression, and every other American event that stands up to the history.

CANTON, Mich. - What does it take to live 110 years? Ask the second-oldest Michigan resident, and she'll tell you it has nothing to do with luck.

"I think a lot of it was just kindness and having loving people to help me every time I seem would make a decision somebody would come up with a better plan," said Bonita Gibson.

Gibson calls her senior living center in Canton her home. But the path that led her there has spanned a lifetime.

Sharing a birthday with America's birthday, she spent her 109th birthday with COVID-19. But for her 110th, she's celebrated it with optimism after having beaten her second pandemic.

And her caretakers say she's healthier than ever.

Before it was coronavirus, it was the Spanish Flu pandemic and the Polio epidemic. And medicine wasn't nearly the medical marvel guaranteeing a healthy recovery that it is today. And neither was the transportation.

"We had no cars so everybody traveled by horse and buggy or carriage," Gibson said. "So when you got sick you either got well or you went away."

Gibson married her husband at the height of the Great Depression in 1930. And like many others, the couple struggled with money - so the pair lived in a tent for two years.

"No one had any money, so we lived in a tent because we didn't want to live in with anyone else," she said.

Since surviving the hardships that a hundred years can bring, Gibson has made a point of doing what she wants. Even when she nearly reached Centurian status, Gibson couldn't be stopped from taking her first-ever flight to her dream destination. 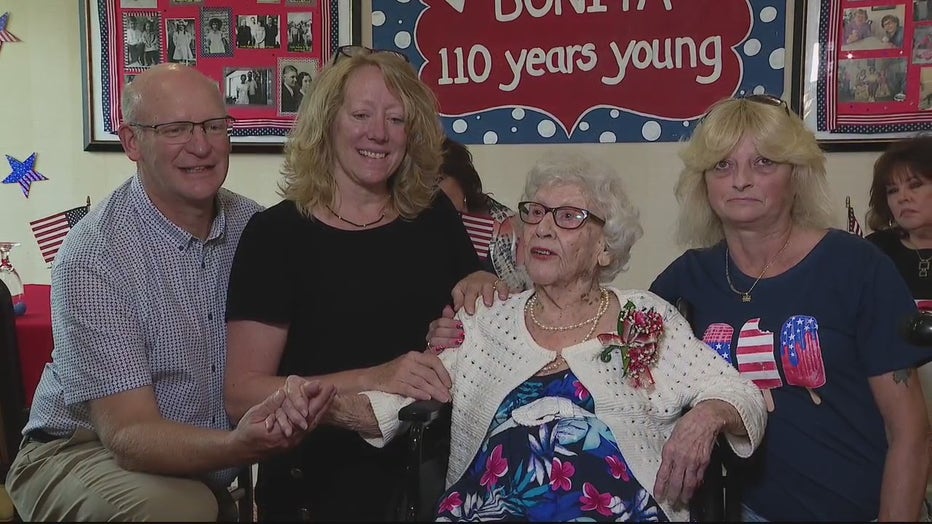 "When I was in school, geography was one of my favorite subjects and I always thought ‘San Diego sounds so romantic and pretty and neat. I would really like to go there and so I did and that was at 99," she said.

While she doesn't attribute luck to her longevity, she does thank God who has "had his hand on my shoulder through my life."