Drag superstar Vanessas Vanjie Mateo, also known as Miss Vanjie, temporarily leaves the wigs behind to look for love in a house full of handsome strangers. FOX Television Stations spoke with the queen about rom-coms and her new reality show. "Vanjie: 24 Hours of Love" is streaming on WOW Presents Plus.

CHICAGO - Get ready for a reality show shake-up! Breakout "RuPaul’s Drag Race" star Vanessa Vanjie Mateo, a.k.a. Miss Vanjie, is making the leap from drag queen competitions to reality dating show shenanigans. Her new WOW Presents Plus series "Vanjie: 24 Hours of Love" gives 18 potential suitors 24 hours to see if they’re the right king for this outrageous queen — and for José, the man beneath the wigs and gowns. And while Miss Vanjie lovingly describes "Drag Race" as a "battlefield," she revealed that dating on camera is even more daunting.

"It’s harder because you’re kind of letting all your guards down," the queen told FOX Television Stations. "You’re putting yourself out there where you might possibly get rejected and you don’t have full control over everything that’s going to be shown." While Vanjie felt she could prepare to put her best foot during the unique challenges of "Drag Race," starring in a dating show requires a different level of vulnerability.

WATCH FREE ON TUBI: "Jinkx Monsoon: Drag Becomes Him" — get the app

Still, Miss Vanjie joined the series from a place of optimism. "I’ve always been a hopeless romantic," she explained. "I’m a little bit of an old soul with old-school kind of vibes. You know, at the end of the day, I want to have a nice house with four dogs, two cats, a goat and probably a horse," Mateo joked. "It’s already hard to date as a queer person with [my] kind of lifestyle — I’m working all the time. I’ve done the Tinders. I’ve done all that.... So I thought, ‘This is a good experiment to try out.’ Because I’ve traveled so much, if someone can make an impression within 24 hours of meeting me, we might be onto something." 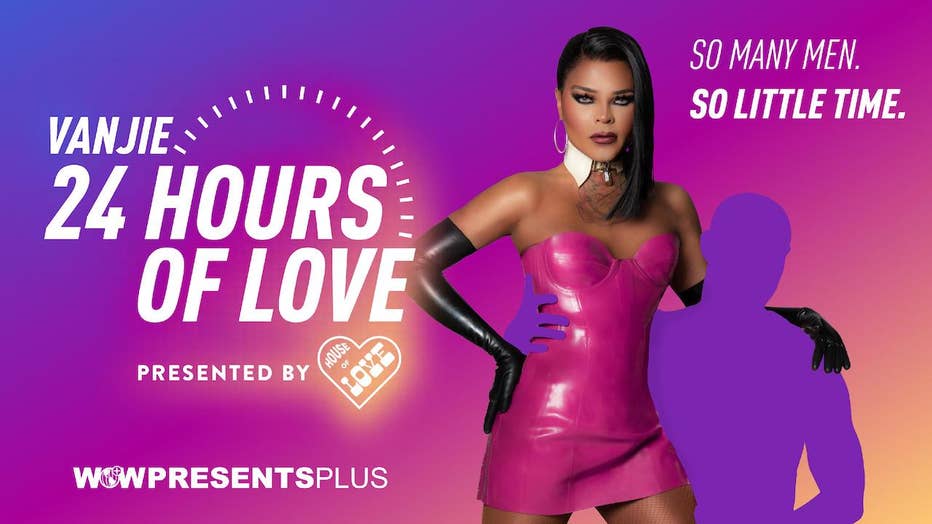 Miss Vanjie was quick to clarify that she’s not sure you can actually fall in love in 24 hours: "But I feel like you can have a connection and meet somebody," she explained. "And depending on where you’re at in life, if you want to work towards something... you can make it work." Part of the goal of "Vanjie: 24 Hours of Love" is "cutting through a lot of the B.S." of the early stages of courtship and getting to know a bunch of guys at once.
"I’m not trying to say we’re gonna get married," Mateo emphasized. "They got crazy shows where you can get married to somebody you ain’t never seen. I’m just trying to meet somebody that I can, you know, have a bond with and then go from there."

One thing that comes up frequently on the series is Mateo’s love of romantic comedies, particularly the ‘90s classic "Pretty Woman," which Mateo grew up watching with her mom and which later became a go-to comfort watch after a bad relationship. "We all want that Julia Roberts moment," Miss Vanjie gushed about the movie’s final scene, where Richard Gere’s Edward comes to win back his love on a fire escape. "She gets that fairy tale ending." (As for which "Pretty Woman"-inspired look this queen would recreate in drag, she went for the less obvious choice of the black cocktail dress Vivian wears during the snail-eating dinner scene.)

Another favorite is the beloved Rachel McAdams/Ryan Gosling weepy "The Notebook," which gets its appeal from its 1940s setting and the dramatic arc of its love story. "The whole thing is a beautiful movie and it’s well put-together and I just love it," Miss Vanjie explained. Just don’t make her choose between Gere and Gosling — she’s a Libra, after all. (And, yes, that did make it harder to make decisions on the show too.)

WATCH FREE ON TUBI: "Pretty Woman" and "The Notebook" — get the app

As for other classic rom-coms, Mateo gave a "cute" to "Hitch" and a "just alright" to "Love Don’t Cost a Thing," but sang the praises of "The Bodyguard" and Jennifer Lopez’s "Maid in Manhattan." She also put out into the universe that she’d love to get cast in a romantic comedy as "the Good Judy, the good friend in the corner that’s like, ‘Girl!‘ You know, being the messy one in the corner." 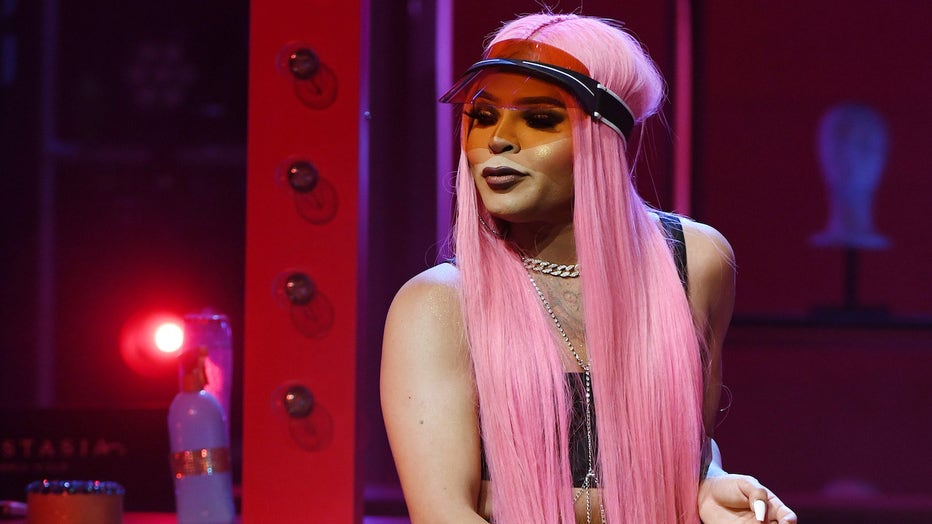 When it comes to past reality dating shows she’s watched, meanwhile, Mateo cited the VH1 series "Flavor of Love" and its Tiffany "New York" Pollard-starring spin-off "I Love New York" along with "Love Is Blind" and "Are You the One?" But as Miss Vanjie explained, "[With] all of them, I’ve always been like, ‘I wish they had this for a full-on queer cast.’" In that way, "Vanjie: 24 Hours of Love" is helping to pave new dating show ground.

WATCH FREE ON TUBI: Flavor Flav in "Flavor of Love" — get the app

You can watch the full interview above.

The Notebook (2004): Rachel McAdams and Ryan Gosling deliver some of the best chemistry ever captured on film in this classic tearjerker based on a Nicholas Sparks novel. "The Notebook" might not have been nominated for any Oscars, but it did win the MTV Movie Award for "Best Kiss." And that’s a piece of cinematic history in its own right. Rated PG-13. 123 minutes. Dir: Nick Cassavetes. Also featuring James Garner, Gena Rowlands, James Marsden, Sam Shepard, Joan Allen.

"The Notebook" and "Pretty Woman" are streaming free on Tubi

Caroline Siede contributed to this report.