Bill Montgomery has resigned as Maricopa County's top prosecutor as he prepares to take a seat on the Arizona Supreme Court.

PHOENIX - Bill Montgomery has resigned as Maricopa County's top prosecutor as he prepares to take a seat on the Arizona Supreme Court.

Montgomery submitted his resignation on Thursday, a day after Gov. Doug Ducey announced he'll appoint Montgomery to the high court. His departure is effective immediately.

Chief Deputy County Attorney Rachel Mitchell will run the office until the Republican-controlled Board of Supervisors appoints a replacement to serve through the 2020 election.

Mitchell is known for questioning Christine Blasey Ford a year ago about her sexual assault allegation against then-Supreme Court nominee Brett Kavanaugh.

Montgomery is Ducey's fifth appointment to the seven-justice court. Montgomery drew support from his fellow Republicans who said he's shown courage making difficult decisions as the top prosecutor in the nation's fourth-largest county. His critics say he's been hostile to the rights of lesbian, gay, bisexual and transgender people. They also say he's a barrier to efforts to reform criminal sentences, which have gained traction elsewhere.

Ducey's decision to nominate Montgomery came just a day after a law firm representing Jodi Arias filed an ethics complaint against Montgomery and prosecutor Juan Martinez, accusing Martinez of going on a speaking circuit, making money and gaining fame off his role as the prosecutor in Arias' murder trial while the case was still pending, and accusing Montgomery of failing to exercise his ethical duty to prevent ethical misconduct by others at the Maricopa County Attorney's Office, and violating his duties by authorizing Martinez to publish a book on the Arias trial.

The book, titled "Conviction: The Untold Story of Putting Jodi Arias Behind Bars", was published in 2016. Montgomery issued a statement Tuesday in response to the ethics complaints. 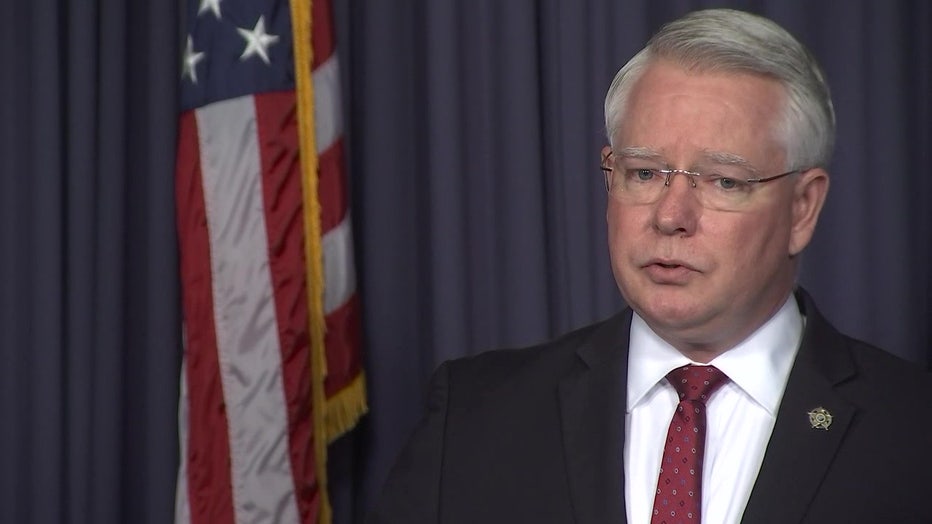