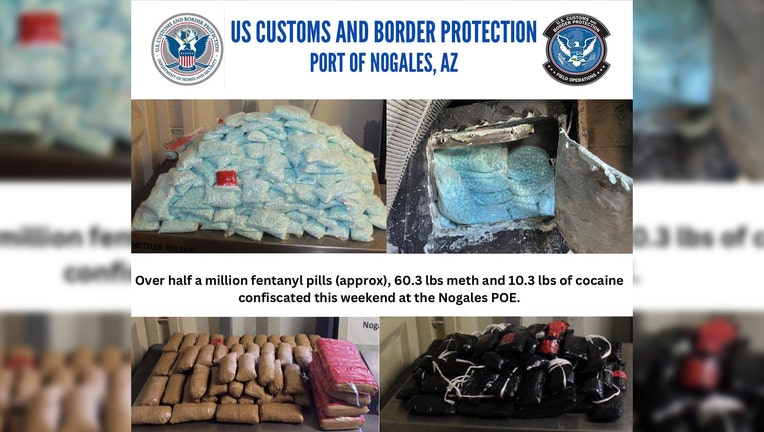 NOGALES, Ariz. - Five drug busts at Arizona's southern border over the course of a weekend ended in the seizure of more than half a million fentanyl pills.

Three busts happened on Saturday in Nogales, and that included 10,400 fentanyl pills in a purse, 114,800 in a dash of a car, and 297,000 in "frame rails and a false compartment of a car," said Customs and Border Patrol Nogales Port Director Michael Humphries in a tweet.

Just over 10 pounds of cocaine were also found during one of the searches.

The amount of fentanyl seized over the two days totals just over 577,000 pills.

Nogales is one of the few ports of entry into the U.S. from Mexico.

RELATED: 'Our primary mission is not immigration, it's border security': A look at Yuma sector's migrant surge