The plants are expected to be fully grown and ready to consume in about four months. If successful, the peppers will become a part of the astronauts’ diets on future missions. 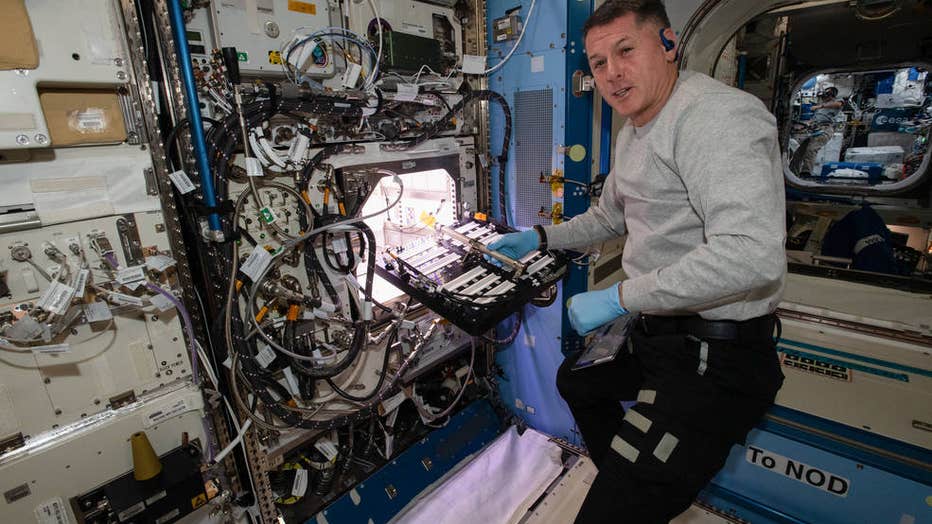 A team planted the chile pepper seeds into a device called the science carrier that goes into the Advanced Plant Habitat, or APH. It’s one of the plant growth chambers that crews use to grow crops.

"The APH is the largest plant growth facility on the space station and has 180 sensors and controls for monitoring plant growth and the environment," Project Manage Nicole Dufour said. "It is a diverse growth chamber, and it allows us to help control the experiment from Kennedy, reducing the time astronauts spend tending to the crops."

The plan is for the crew to eat some of the peppers and then send the rest back to Earth for analysis. Crewmembers will also discuss the flavor, texture and spiciness of the peppers.

Crews researched and spent about two years looking at different peppers from around the world. They picked the NuMex ‘Española Improved’ pepper, a hybrid Hatch pepper. NASA said it’s the generic name for several varieties of chiles from Hatch, New Mexico, and the Hatch Valley in southern New Mexico.

Principal Investigator Matt Romeyn said that in space, crew members can lose some of their senses of taste and smell. He said it’s a temporary side effect of living in microgravity. Romeyn further said peppers are rich in Vitamin C and other nutrients.

"Growing colorful vegetables in space can have long-term benefits for physical and psychological health," Romeyn said. "We are discovering that growing plants and vegetables with colors and smells helps to improve astronauts’ well-being."

NASA has experimented with growing different types of food onboard the ISS. In October 2020, Northrop Grumman launched its capsule to the ISS carrying radish seeds. In April 2021, crew members also grew leafy greens onboard the ISS.