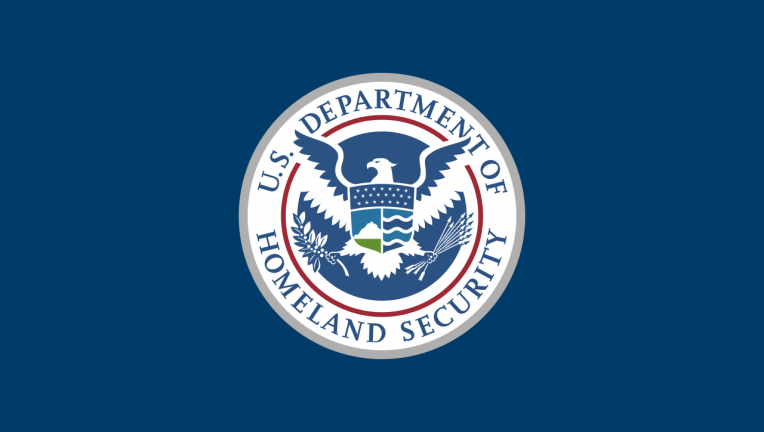 PHOENIX - The Shadow Wolves unit, Homeland Security’s only Native American specialized tracking team, is ready for a change after nearly 50 years of patrolling the Arizona desert.

Bills that seek to strengthen and expand the Shadow Wolves’ authority were approved unanimously by the U.S. Senate Committee on Homeland Security in the past month.

If the bills move forward, they will allow Homeland Security to reclassify the Shadow Wolves from tactical enforcement officers to special agents and expand the program to other tribal jurisdictions.

Since 1974, the elite unit has tracked smugglers across the 2.8 million acres of the Tohono O’odham Nation in southern Arizona and the 76-mile stretch of land bordering Mexico.

The unit is world-renowned for its skill for "cutting sign," or reading physical evidence in the landscape: spotting a weft in the desert thicket, the edges of a mark in the sand, or the inside color of a broken twig.

As part of Immigration and Customs Enforcement task forces in the U.S. Department of Homeland Security, Shadow Wolves are a key component in interdiction and investigative efforts that lead to arrests and seizure of illegal drugs and guns.

They took part in an investigation that led to the capture and conviction of 18 members of the Sinaloa Cartel near the Tohono O’odham Nation in 2019.

As of this year, the unit is composed of nine members from tribes including the Tohono O’odham, Blackfeet, Sioux and Navajo.

If the Shadow Wolves Enhancement Act moves forward through the House and Senate, it will further a strategy to retain and recruit agents in the Tohono O’odham Nation and expand the program to other tribal nations near the U.S. international borders in the north and south.

The reclassification to special agents would mean current and future Shadow Wolves would go through a criminal investigator training program and special agent training.

The upgrade also would help counter technology advances used by criminal organizations and improve collaboration in multijurisdictional investigations. It would provide new tools to agents while preserving the legacy of the unit.

The bill was first introduced in March 2020 and backed unanimously by the Tohono O’odham Legislative Council the same month. Then it was reintroduced in July, adding the expansion of the program to other tribal jurisdictions.

U.S. Sen. Kyrsten Sinema, D-Ariz., who sits on the Senate Committee on Homeland Security, is a primary sponsor of the bill.

The Tohono O’odham have lived in the Sonoran Desert for millennia. In the mid-19th century, when international boundaries were redrawn with the Gadsden Purchase, their land and people were split.

Border enforcement transformed life for tribal members in Arizona, limiting their own cross-border movement to conduct ceremonies or visit relatives south of the international border, and eventually placing them in the midst of the fight against drug trafficking and irregular migration at the U.S.-Mexico border.

The Tohono O’odham Nation spends about $3 million in tribal revenue on border security operations, according to 2019 testimony given to Congress by the tribe’s former chairman. The tribe also investigates and funds autopsies for the deaths of dozens of migrants who perish trying to cross the reservation undetected.

The seed for the Shadow Wolves was sown in 1974 when the Tohono O’odham Nation allowed the now-dissolved U.S. Custom Services to build an office in Sells. The agency, in turn, hired 25 tribal members as patrol officers. About 10 years later, the unit gained its unique name.

Verlon Jose, governor of the Traditional Tohono O’odham Leadersof Mexicoand former vice chairman of the Nation, said Shadow Wolves are "protectors" and "warriors" with a unique personal commitment in what they do.

The men and women who commit to track smugglers and stop the flow of drugs have a vested interest in their community, he said.

In the late 1960s, Mexico was the major source of heroin in the U.S., and by the 1970s Mexican-based traffickers controlled three-fourths of the market. The Nation was seeing large amounts of drugs moving through the community.

"It was truly about protecting the people," Jose said, pointing out that the international border placed them at the forefront of the trafficking route. "We’re on the front lines before anybody else. But in a sense, that is the front line of America."

Although the efforts to expand the program are seen as a way to facilitate collaboration between federal agencies and tribes, the nature of border enforcement in sovereign Native American territory remains complex.

When the Department of Homeland Security was created in the wake of the Sept. 11, 2001, terrorist attacks, the reorganization placed Shadow Wolves under the U.S. Border Patrol.

The federal government failed to consult the Tohono O’odham Nation on such reorganization, violating federal agreements.

Eventually, the unit was reassigned under ICE’s Homeland Security Investigations in 2006. By then, the Shadow Wolves program had lost several experienced trackers who stated that Border Patrol’s chain of command limited their patrolling grounds and investigative operations.

The number of officers has shrunk from 25 to nine in recent years.

Jose said greater support for the Shadow Wolves program had been delayed because of bureaucracy and the failure of lawmakers to talk to the people on the ground.

Even as the bill aims to expand the Shadow Wolves program to other tribal lands intersecting with U.S. international borders, the tribes themselves have collaborated for years.

Leaders from the Tohono O’odham and Blackfeet nations — the Blackfeet jurisdiction has about 50 miles bordering Canada — have worked together and made visits to learn from each other, Jose said.

But the long-standing presence of Border Patrol agents, internal checkpoints and surveillance equipment on tribal land have created an environment of tension.

With $16 billion from U.S. taxpayers and diverted military funds, the former administration completed 452 miles of the border wall although the 76-mile swath of land between the Nation and Mexico has only a waist-high vehicle barrier.